WATCH: A hero Sixers fan made a WWE 2K17 intro for Joel Embiid 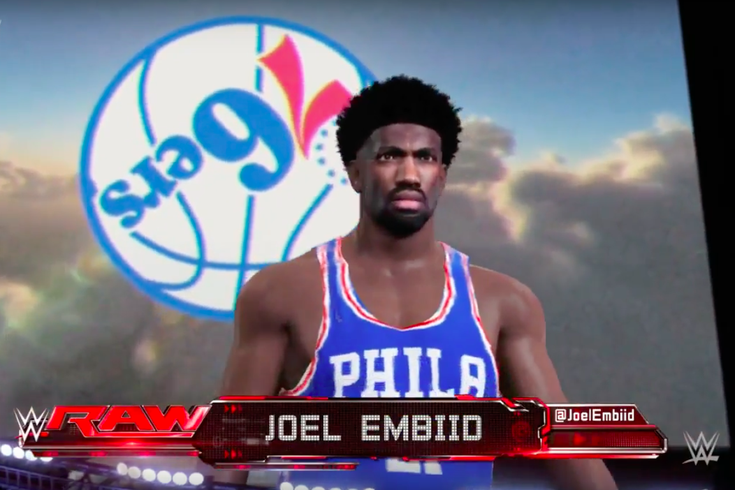 Joel Embiid would be terrifying in the ring.

There's not much I can say to set this one up other than the Sixers fan who made this deserves the key to the city of Philadelphia.

It's from WWE 2K17, in which you can create your own characters with custom entrance music -- which was perfectly executed in this case -- and celebrations. Even if you haven't played this specific game, you're probably familiar with the idea of creating custom characters from pretty much any sports video game ever.

This one, however, is on a whole different level. It's almost perfect, with the exception of not giving Joel Embiid the correct nickname, "The Process." [To be fair, the video board in the background switches between the Sixers logo and another logo that says "The Process" below it.]

Nickname or not, try to tell me you didn't laugh when the old-school Sixers music came in and Embiid emerged to, "Clap your hands, everybody..."

Thank you, YouTube user hillman81. This made my day.