Watch Leslie Odom Jr. in a clip for his new post-apocalyptic film 'Only' 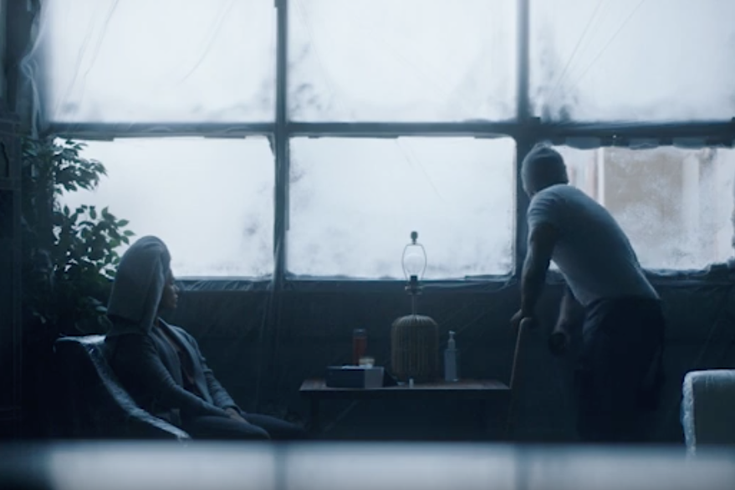 Leslie Odom Jr. and Freida Pinto star in the new sci-fi film, "Only," which is debuting at the Tribeca Film Festival on April 27.

Leslie Odom Jr. stars alongside Frida Pinto in the new sci-fi film, "Only," directed by Takashi Doscher. The film, ahead of its premiere at Tribeca, released a solemn but striking clip early Wednesday morning.

The romantic sci-fi film follows couple Eva (Pinto) and Will (Odom Jr.) whose romance gets turned upside down by a new plague that sweeps the world to wipe out all women. Will realizes he needs to protect Eva and soon the two find themselves holed up in their home. After years of hiding out the couple is forced to run for their lives.

The clip shows the couple sitting quietly as Eva swabs her mouth and places it in a test tube. As the couple slowly await the results, cops move onto the property with a helicopter flying over head. We suddenly see a panicked Will and Eva as they run to the bedroom to hide Eva before Will walks out of the room to greet the cops.

This is Doscher's second feature film. The writer and director released "Still" in 2018. He won an ESPY in 2012 for his ESPN documentary, "A Fighting Chance."

Odom Jr. and Pinto will also be co-starring together in the up-coming time travel, sci fi drama, "Needle in Timestack," directed by John Ridley ("12 Years a Slave").

The film will debut at the Tribeca Film Festival on Saturday, April 27.