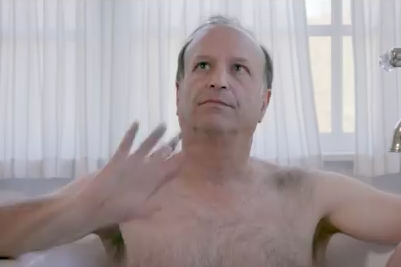 That's exactly where "Big Laundry" wants America to be, says Jonathan Propper, president of Philadelphia-based Dropps. The 20-year-old company has just rolled out a direct-to-consumer model that will deliver boxes of EPA-approved detergent pods right to your doorstep.

"Bottled detergent is the best bottled water you can buy," Propper told PhillyVoice. "Why lug around something that is 80 percent water, to put in a machine that has water in it. Big Laundry wants you to pour and not measure. They want you to use multiple pods."

Enough got to be enough for Propper, who once sold the Dropps company and then bought it back eight years ago as the industry moved toward high-efficiency and plant-based ingredients. He saw a space for Dropps to compete against the glut of store brands that line supermarket shelves and leave shoppers wondering what will deliver them the idyllic scents of yesteryear.

Let's face it, laundry isn't just a mundanely productive way to waste time. It has subtle effects on day-to-day life, memory and how we judge cleanliness. A whiff of some articles of clothing will remind us of a mother's methodology, a spouse, an ex-lover, a sublime place you've never been but saw in the commercials.

Which brings us to the bold advertisement you are about to watch. Propper wants consumers to know the naked truth, so here he gives you the truth, naked.

"It's not what I do every day," Propper said of jumping in the tub on camera. "But I had a great editor who knows how to splice."

In keeping with his attitude toward the marketplace, Propper held off on hiring a big advertising agency to get the job done. The video is intended for social media, a self-effacing campaign similar to the wonders wrought by the powerhouse Dollar Shave Club in 2012.

"Every laundry thing you see is, 'Ours cleans better than theirs," or everything looks incredibly fresh," Propper said. "How do you get your point across and show product differentiation unless you present yourself in a different way?"

"Most clothes aren't that dirty. They're just soiled," Propper said. "You don't use chemotherapy for a common cold." — Jonathan Propper, president of Dropps

This new business model isn't Propper's first push as an innovator. He and his mother, founder of Conshohocken Cotton Co., first developed a biodegradable, low-sudsing detergent tailored to the gentle needs of their cotton yarn. Cot'n Wash was ranked No. 1 by Consumer Reports in overall cleaning quality at the time.

Next came the dawn of the pods, a challenge to the industry's profitable belief that people want to control how much detergent they use depending on the size of the wash, or the severity of the grime.

"Most clothes aren't that dirty. They're just soiled," Propper said. "You don't use chemotherapy for a common cold."

Dropps isn't sold in supermarkets, and never has been. The development of new technology in the past eight years enables the company to position itself as an ecological alternative to the big brands, one that offers simplicity and customization.

Pre-measured liquid detergent packs can be bought in various quantities online or shipped at intervals through a subscription plan. The goods arrive in a 100 percent cardboard box. There are no phosphates, no chlorine, no nonylphenol ethoxylates, no animal testing and no frills, like color or bubbles.

"I have literally taken a bath in the product," Propper certifies.

The Chestnut Hill native and Haverford College alum says he's proud to have a business in Philadelphia and would be happy to see the subscription model get some extra love locally. On a larger scale, he'd like to see consumers reclaim laundry from the syrupy caps and heavy bags of its biggest fish.

"I would like people to see that a lot of stuff, they don't need," Propper said. "Therefore, you don't have to pay for it. That doesn't mean you have to sacrifice quality or the environment to get your clothes cleaned. This makes it easy for us all to be conservationists."