David Corenswet stars in "The Politician" and "Hollywood" both by the well-known creator of "Glee" and "American Horror Story." 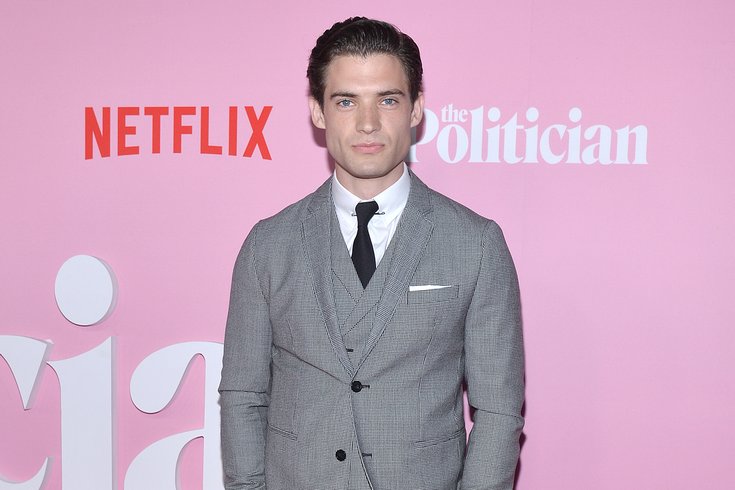 The 26-year-old actor grew up in Philadelphia, but is now a favorite of show creator Ryan Murphy. Murphy cast Corenswet for his Netflix show "The Politician" about an ambitious teenager (Ben Platt) who is convinced he will become the next president of the United States. The show premiered on Netflix in September.

David Corenswet got a breakout role last year starring as River Barkely in "The Politician" on Netflix. But long before that, the 26-year-old actor grew up in Philadelphia.

Corenswet began acting as young as age nine, when he got a part in a Philly production of Arthur Miller's "All My Sons," he told the New York Times, who profiled him yesterday. He told the Times he thanks his dad, who was also former actor, for pushing him to try out for regional theater productions in Philadelphia.

With years of experience in Philly under his belt, he was able to secure acceptance to Juillard for college.

After attending Juilliard, Corenswet's career quickly took off. Ryan Murphy, who is the creative voice behind hit shows like "Glee" and "American Horror Story," definitely took a liking to Corenswet.

Murphy cast Corenswet for his Netflix show "The Politician" about an ambitious teenager (Ben Platt) who is convinced he will become the next president of the United States. Corenswet plays his opponent in an election for student body president which the show centers on. The show takes place at an elite private school in Santa Barbara, California, and premiered on Netflix in September.

Since the show's launch, Murphy earned another major show deal with Netflix for a second series, also starring Corenswet. A $300 million dollar deal signed with Netflix signed on Murphy for five years and includes multiple projects.

One of those projects is "Hollywood," in which Corenswet will have a lead role. Murphy isn't saying much about the project yet. Except that the show is a "love letter to the golden age of Tinseltown." It will also star Darren Criss of "Glee."

The show is set to release sometime in May.