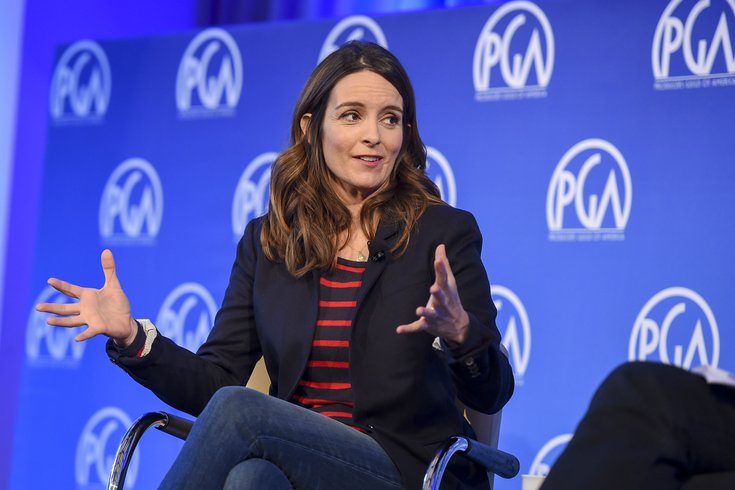 The show, based off the 2004 hit movie "Mean Girls," will hit Broadway in March 2018 but will make a stop at the National Theatre in Washington D.C. this fall.

Fey, who hails from Upper Darby, gloated that the show is "moving along" well and shared her feelings on the "talented" cast, calling them "baby Timberlakes."

"The secret with movie musicals is you can secretly suck and be a star," she said. "But to do things on stage? Like, these kids are so talented. We have the cast now. We've been rehearsing for about a month. There's a bunch of baby Timberlakes. Everyone can do everything! They just sing so loud and they dance so hard."

Fey joked that since the show's first stop will be in the nation's capital, tickets for fired White House staffers will be discounted, a reference to President Donald Trump firing FBI Director James Comey, who was investigating Trump's campaign ties to the Russian government.

“The theater is, like, three blocks from the White House, so you can make a little trip of it," Fey said. "Or if you work there and you get fired, come down and see the show. Twenty percent off if you got fired that day.”

It's not the first time Fey has poked fun at the president. During a telethon for the Amercian Civil Liberties Union back in April, Fey suggested that he was giving up sexual assault in April after he declared that April was National Assault Awareness and Prevention Month.

Fey kept the "Tonight Show" interview light, discussing her newest show, NBC's "Great News," as well as season three of "Unbreakable Kimmy Schmidt," which will be released on Netflix next week.

Viewers were also treated to a rendition of Bruno Mars' "That's What I Like" from The Ragtime Gals, featuring Fey.

Watch the performance below: