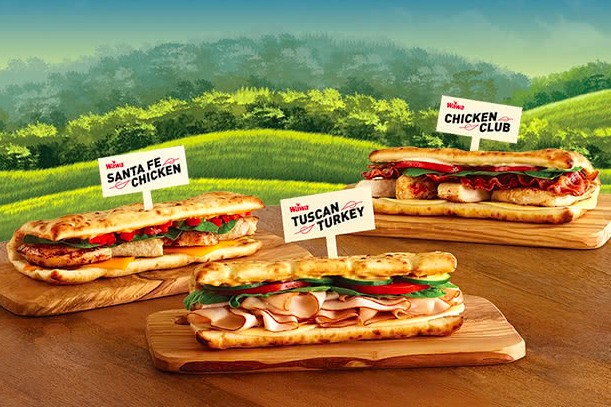 Wawa has always nimbly walked that line between sticking to its roots and innovating at the deli counter.

On top of the paninis and breakfast wraps that have filled out the menu over the past couple of years, Wawa has also looked for ways to keep things fun. In the summer of 2016, they hyped up a mystery hoagie on Snapchat that turned out to be a new roasted chicken variation. It was anticlimactic, but whatever.

Not everything works. May the ciabatta melt rest in peace, for example, despite some valiant attempts to revive it.

As we approach 2018, Wawa is rolling out a brand new line of sandwiches — flatbreads — that should be a solid bet for a while to come.

The beloved convenience giant announced Monday that it's officially making flatbread sandwiches, including three pre-set varieties and the option to customize your own.

"Made with the freshest ingredients, topped off with mouthwatering spreads, tucked into bread that has parmesan baked right in – our new Flatbreads are bound to take you someplace good!" says a promotional landing page at Wawa's website.

If you can hardly contain yourself, go ahead and order one in advance on your phone.