At least 7,200 acres have been impacted and the fire was only 45% contained as of Monday morning, the N.J. Forest Fire Service says 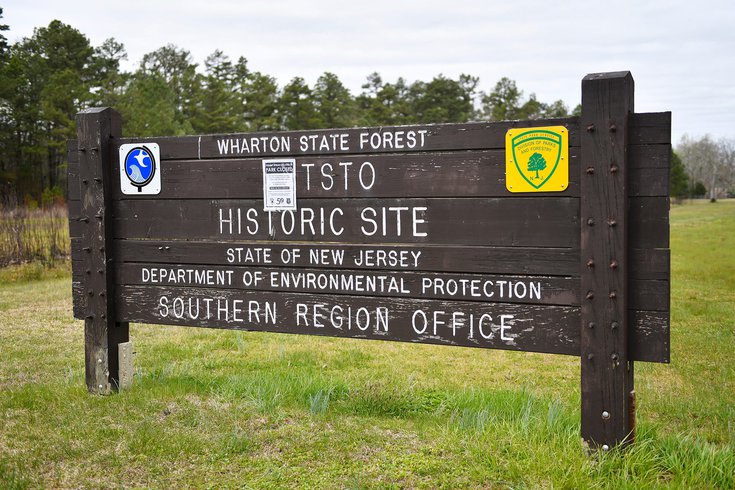 A wildfire at Wharton State Forest has burned at least more than 2,000 acres of pinelands in New Jersey's largest state park. As of Sunday night, the fire was only 20% the N.J. Forest Fire Service says. The file image above shows a sign in the park for Batsto Historic Site in Hammonton.

A massive wildfire at Wharton State Forest in South Jersey has impacted at least 7,200 acres of land across Washington Township, Shamong, Hammonton and Mullica and is only 45% contained, the New Jersey Forest Fire Service said late Sunday night.

Officials had assured residents on Sunday that there have been no reported injuries, and surrounding areas have been evacuated. Batsto Village and all nearby hiking and biking trails are closed to visitors.

There are 18 structures in the forest that are at risk of collapsing, officials said, and buildings in at Batsto Village and Paradise Lake Campground are being protected by volunteer firefighters from Atlantic, Burlington and Ocean counties.

The flames ignited Sunday in a remote section of the forest along the Mullica River. The Forest Fire Service began setting controlled fires – a process known as backfiring – in an effort to contain the blaze shortly after noon Sunday. Officials closed portions of Route 206 and Route 542 in order to keep the area fully evacuated.

Officials say that wildfires are considered "major" when they impacted or consume more than 100 acres of land. Firefighters have not updated how much of the fire is contained since since late last night, but smoke was still prominent in the areas surrounding the state park.

Pinelands Adventures has halted operations until further notice, and Paradise Lakes Campgrounds has been evacuated. Officials reminded residents not to fly drones over the fire area, as it interferes with the firefighting operations.

Just after midnight on Monday, the National Weather Service noted that the smoke from the Wharton State Forest fire was showing up on its radar. Visibility at Atlantic City International Airport was below 2 miles at 12:37 a.m., and the NWS urged people traveling overnight to be cautious of obstructed views.

Fire burns at Wharton State Forest in South Jersey. Officials say it reached 2,100 acres and is now 20% contained. This was from earlier this morning close to Batsto Village. @KYWNewsradio pic.twitter.com/uTHX3ddwS6

This story is developing. Check back here for updates.