Which Eagles players (if any) will make it to the Pro Bowl this year? 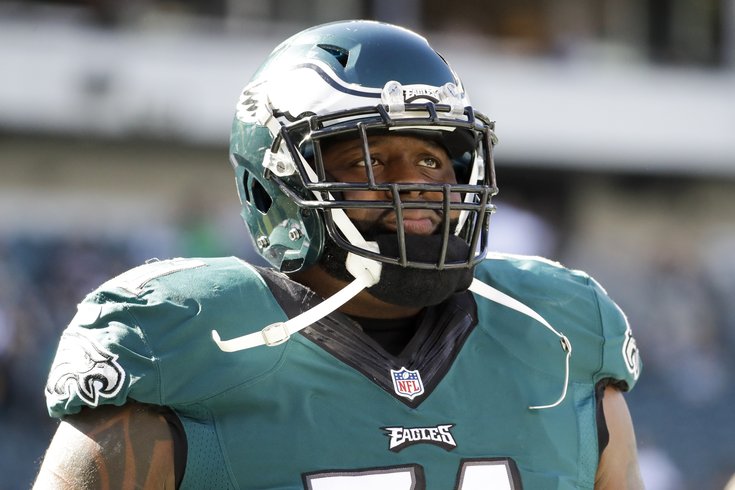 As the Philadelphia Eagles have come crashing back down to earth since the bye week, so have the players' individual chances of being picked to represent Philly at the Pro Bowl in Orlando.

Selections will be revealed Tuesday night at 8 p.m. on NFL Network and for the first time since 2012, there's a decent chance that no Eagles make the cut.

Here's a look at a few guys who have a shot, but we're not overly optimistic.

Peters is the most likely Eagle to make the Pro Bowl, simply because of his career body of work. The 13-year veteran hasn’t had his best season, but at almost 34, he’s still been able to start all 14 games for the Eagles, which is more than most of his other, much younger linemates can say. Peters has made the Pro Bowl in each of the last eight years in which he was healthy — the only exception was in 2012 when Peters didn’t play after tearing his Achilles. Based on his ability to come back from such a tough injury on the wrong side of 30 should tell you everything you need to know about the two-time First-Team All-Pro tackle.

He’s hardly a lock to make the Pro Bowl — from what I’ve heard the entire Cowboys O-line has to get in before any other linemen are selected — but given his longevity and the respect he commands around the league, would it really be all that surprising to see Peters in Orlando.

Oh, and he can still do this:

Shot 7 - Outstanding Draw play from #Eagles; another effective scheme for them Sunday. Great blocks by Peters and Kelce. Heads up play Ertz pic.twitter.com/QJKHdUzETH

I could’ve sworn Sproles had at least one punt return touchdown this season, but that isn’t the case. But he’s been close, having more than one called back because of a penalty, including two weeks ago during the Eagles loss to the Redskins. And despite those long returns being negated, Sproles (13.2 Y/R) is still third in the NFL in average yards per punt return behind Kansas City's Tyreek Hill (14.0 Y/R) and Minnesota's Marcus Sherels (13.4 Y/R). At 33, Sproles has been asked to do more this season in terms of running the ball, so it would be nice to see the veteran back honored for his work.

He also did this, which was the Eagles longest play from scrimmage all season — and it kind of looked like a punt return at the end…

Even if Dorenbos does get tapped for the Pro Bowl — as he did in 2009 and 2014 — the Eagles long snapper won’t be making the trip after he was put on IR following season-ending wrist surgery. So what qualifies Dorenbos this time around? Aside from his consistent play on the field, he’s by far the most well-known long snapper in the NFL thanks to his magical run on America’s Got Talent. Go ahead. Name another long snapper from another team that isn’t your own. I’ll wait.

Nothing? That might be all you really need to make it as a long snapper.

[from the first half of the season]

If the season ended after the Vikings game, Graham would’ve been a lock for the Pro Bowl. In his first 6 games of what was shaping up to be a career year under new defensive coordinator Jim Schwartz, Graham recorded 4 sacks, a pair of forced fumbles and 16 tackles. Over the last eight games, much like the defense as a whole, Graham has been less effective. He’s recorded just 1.5 sacks, 21 tackles and has failed to force a fumble. Because of that, the 28-year-old isn’t likely to get the nod this year, but if he continues to improve year-over-year like he has since the 2015-16 season, he could find himself heading to a Pro Bowl before too long.

[or maybe Nigel Bradham but most likely neither]

Only 24 players — and just 11 linebackers — in the entire NFL have at least one sack, one interception and one fumble recovery. And two of those linebackers are on the Eagles.

Hicks is also tied for the most interceptions among NFL linebackers this season with three and is second in passes defended with nine, one behind Alec Olgetree of the Rams. Hicks’ most recent interception came on Sunday in a big spot. Down 10 points midway through the fourth quarter, the second-year player out of Texas picked off Joe Flacco to help begin an Eagles comeback that would ultimately fall just short in the final seconds.

In 22 career games, Hicks now has 5 interceptions, 5 fumble recoveries (plus a forced fumble) and a pair of sacks to go along with 91 tackles. He’s currently third on the team with 49 tackles and second (behind Leodis McKelvin) in pass breakups.

Bradham, meanwhile, is second on the team with 58 tackles (behind Rodney McLeod). He also has a pair of sacks, two forced fumbles, a fumble recovery and an interception.

Unfortunately, neither of these guys have much of a shot of making the Pro Bowl. They've both been very good, but without a Peters or Sproles-type resume, that's not good enough to get in.