It's certainly no Philadelphia.

But during the course of the past two years, the similarities between the political environment in Pennsylvania's third largest city, Allentown, and its largest, Philadelphia, are visible: namely, a dominant Democratic party and alleged corruption by one of its top officials.

The difference? In Allentown, it may actually impact an election.

It would require a separate article (multiple, realistically) to recount the last decade of Philly pols ending up behind bars for their misdeeds and misuse of office. In the past year alone, a U.S. congressman, whose district largely falls within Philadelphia's boundaries, and the city's district attorney have been sentenced to prison. The former was charged with using federal funds to repay campaign loans and the latter was charged with accepting a bribe.

The scandal of the moment: Two aides of U.S. Rep Bob Brady, head of Philly's Democratic Party, have been charged with allegedly making an illegal payment to the candidate challenging Brady in the 2012 Democratic Primary, who later admitted to dropping out of the race after allegedly secretly receiving $90,000.

Brady has not been charged in connection with that investigation.

Instances like those haven't catapulted Republicans, independents or third-party candidates into power in Philadelphia. Democrats have retained control, and instead a progressive wave in the party has acted as its own sort of insurgency, with civil rights attorney Larry Krasner likely to become the next district attorney and former reporter Elizabeth Fielder mounting a serious run for the state's General Assembly.

That's in a city where Democrats outnumber Republicans 7-1. But what about Allentown, a city with a fraction of the population where that ratio is 4-1?

Mayor Ed Pawlowski is coming to the end of his third term, and seeking a fourth. He took office in 2006 and has overseen a boom in downtown development during his decade in office. He's also under federal indictment.

The FBI raided Pawlowski's office in 2015, a probe that snared his former campaign manager Mike Fleck, who pleaded guilty to a single count of conspiracy to commit extortion and bribery a year later. Court documents have implicated "Public Official #3" whose description only matches Pawlowski's, but the mayor remained uncharged.

The lingering investigation still loomed large when Pawlowski was re-nominated in May to pursue a fourth term as mayor, as he escaped a crowded field to take the Democratic primary, narrowly defeating his closest challenger by five percentage points.

The election's timing would soon prove key. Two months later, in July, Pawlowski was charged with multiple counts of bribery and fraud. Federal prosecutors accuse the mayor of participating in a pay-to-play scheme, allegedly accepting campaign funds in exchange for city contracts.

Emily Opilo, city reporter for the Morning Call who has been covering the 2017 Allentown mayoral election, told PhillyVoice the two-year-long investigation didn't impact Pawlowski's political support much before the primary. After the indictment, people took notice.

"He's not a standard Republican, that's helping him. I think people are finding him more palatable than a traditional Republican" – Reporter Emily Opilo on Republican candidate Nat Hyman

"It definitely took a dip. He was polling very well and seemed to have solid support during the primary," Opilo said. "It wasn't until the indictment that people took it more seriously."

It shows in an October poll conducted by the newspaper and Muhlenberg College. In the survey of 412 likely voters, 60 percent Democrats and 32 percent Republicans, 57 percent viewed the mayor unfavorably, and 77 percent said they were following the investigation at least somewhat closely.

In a head-to-head matchup, Republican candidate Nat Hyman held a lead over Pawlowski, 39 to 32 percent, a difference within the margin of error, but worth noting. Chris Borick, a Muhlenberg professor and the poll's designer, said it shows the election is a "competitive race and it's very close." 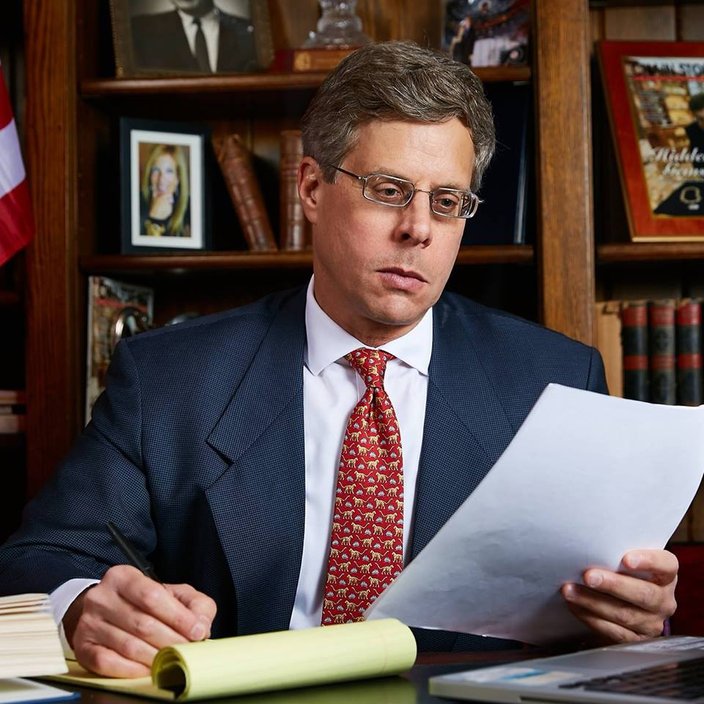 That's significant for a city that last elected a Republican mayor in 1997. But Hyman, a businessman and developer, is not a traditional Republican, Opilo noted. He switched parties before the primary to avoid the scrum of challengers, and has even donated to Pawlowski in the past.


"He's not a standard Republican, that's helping him," Opilo said. "I think people are finding him more palatable than a traditional Republican."

On the other hand, he's given money to Republican Congressman Charlie Dent. His campaign is being run by the GOP and in the party's image. He touts his success running properties in the city and says he'll run the "mismanaged" city like a business. His campaign website includes a quote from an anti-tax group that hails him as a "fiscal conservative." Local Republicans see their chance.

"The party has clung onto him," Opilo said. "All of his staff are party people."

Of course, Hyman has also vowed to "pull Allentown out from under the cloud of scandal that its current mayor has put it in." He not-so-subtly wrote in the Morning Call that, most importantly, he's running to "restore integrity, honesty and transparency to the office of mayor."

Pawloski has denied the charges, and his legal team filed a motion to have them dismissed Wednesday, less than a week before the election. Pawlowski's attorney cited transcripts between the mayor and Fleck, the former campaign manager and political consultant.

"He should never be counted out of this race. He's a strong campaigner, he knows Allentown well, he has a good base and the power of incumbency." – Opilo on Pawlowski

But it's a conversation Fleck had with one of his employees before wearing the wire, which the employee recorded, that Pawlowski's counsel is focused on. Per LehighValleyLive:

"Anybody else knows, it gets real bad for all of us. I think. I mean that's – at least for me it gets bad. I don't know what's going to happen to the rest of you," Fleck said. "I said, look, Ed's never done anything wrong and I'm going to go in there and try to set him up."

When the transcripts were released Wednesday, Opilo said many Allentown residents, at least on social media, seemed to be zeroed in on the idea that Fleck set up Pawlowski. The mayor's legal team still had one more week to file the motion to have the charges dismissed, but they gambled and submitted early, banking on enough voters believing the mayor was entrapped.

Either way, it's important not to count Pawlowski out, federal charges or not. An ambitious politician who's explored runs for governor and U.S. Senate, he has maintained at least the image of confidence throughout the race, Opilo said.

"He should never be counted out of this race. He's a strong campaigner, he knows Allentown well, he has a good base and the power of incumbency," Opilo said.

Most importantly, she noted, "He has the capacity to get things done for neighborhoods." Pawlowski has been routinely active community meetings throughout his tenure. When a neighborhood has a complaint or issue, he listens, and often responds. In the same Morning Call/Muhlenberg poll that seemed to spell doom for the mayor, 64 percent said he had either a somewhat or very positive effect on the city during his time in office.

It's those built-in relationships and hyperlocal outreach that may save Pawlowski on Election Day on Tuesday, despite a January date in federal court. Most outsiders would likely be baffled as to how a city could even consider a mayor accused of misusing his office for political gain, but it's important not to forget the old adage that "all politics is local" – for good or bad.