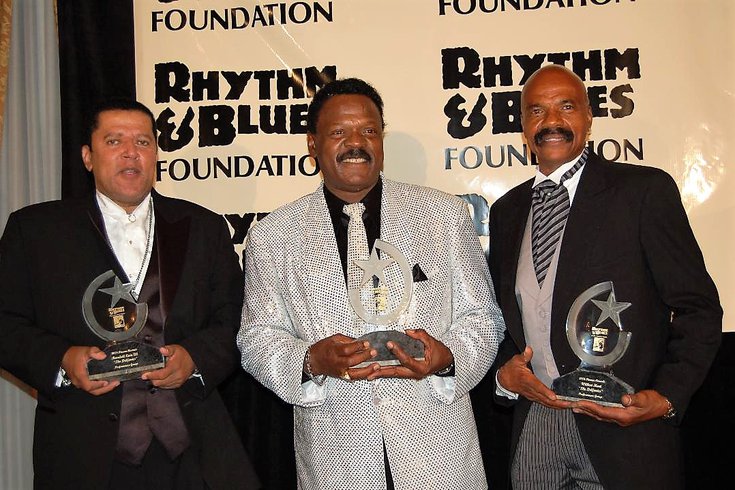 The Delfonics appeared at The Rhythm & Blues Foundation in 2006. From left to right are Randy Cain, William 'Poogie' Hart and Wilbert Hart.

William "Poogie" Hart, the Delfonics lead singer who helped define The Sound of Philadelphia in the late 1960s and early 1970s, has died at 77 years old.

Hart died Thursday from complications during a surgery at Temple University, where he had recently been taken because he was having trouble breathing, his son, Hadi, told TMZ.

Hart attended Overbrook High School in the 1960s and performed in a number of groups before he and his brother, Wilbert Hart, formed the Orphonics, along with Randy Cain and other collaborators of the era.

The group would later change its name to the Delfonics after hooking up with producer Thom Bell, whose label helped popularize their orchestral soul sound with hits like "La La Means I Love You" and "Didn't (I Blow Your Mind This Time)." The latter won the group a Grammy Award in 1970 for Best R&B performance.

The Delfonics were in the mix of Philadelphia-based artists and producers whose work became known as the Philadelphia sound, a label most often associated with Kenny Gamble and Leon Huff's Philadelphia International Records. The sound blends a core of soul and R&B with lush instrumentals, funk, jazz and pop-driven vocals.

Other memorable hits from the Delfonics include "Ready Or Not Here I Come" and "You Got Yours And I'll Get Mine."

In the mid-1970s, the Delfonics split into two separate groups after brothers William and Wilbert Hart parted ways over a financial dispute. The groups would continue to tour for many decades, occasionally pursuing solo projects, but the two brothers never reunited musically. Wilbert Hart is now the sole surviving member of the Delfonics during their heyday period.

The group enjoyed a surge in new recognition when director Quentin Tarantino featured some of the band's hits in his 1997 crime film "Jackie Brown."