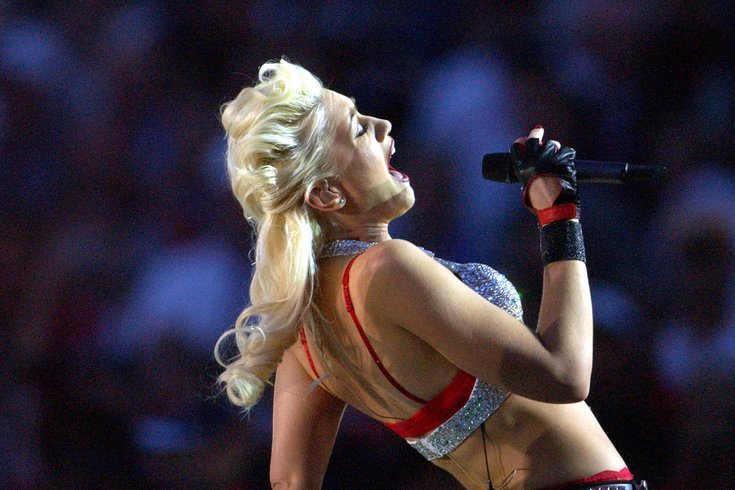 For Women's History Month, below is a list of 12 of the best '90s alternative songs written for and by women. No Doubt, with lead singer Gwen Stefani, make the list with their classic feminist anthem, 'Just A Girl.'

Third-wave feminism rocked '90s culture by turning stereotypes upside down. It challenged the perceived notion of male dominance, from TV shows like "Buffy the Vampire Slayer" and movies like "Thelma and Louise" to the angry wailing of Alanis Morrissette on "You Outta Know" and Bikini Kill's riot grrrl anthem "Rebel Girl."

"Girl power" became the theme of the decade – and for a good reason.

This emergence of female-empowered identity, particularly in music, did not go unnoticed. Alternative and indie subcultures fed the anger of the movement even deeper, shinning a light on the frustration of the typical roles imparted on women.

In honor of women's history month, here is a playlist highlighting 12 of the best alternative feminist anthems of the 1990s – in no particular order. What better way to celebrate women than with those who brought female empowerment to the forefront.

For Spotify subscribers, a playlist with all 12 songs is embedded at the end of this article.

What woman hasn't been called "babe" or "baby" by some random guy while walking down the street at least once? Annoying, isn't it? "Don't Call Me Babe" was released off the English duo's album, "Girl Power," in 1995. While this song never charted, if you've seen the 1999 film "Jawbreaker" starring Rose McGowan … then yeah, you've heard it.

There are many great guys out there – but this song by British alternative band Lush highlights the bad apples. You know them. You've probably even dated them, their superiority wound up in charm and the things they they think women want to hear. "Ladykillers" peaked at No. 18 on the U.S. Billboard Modern Rock Tracks chart in 1996.

Hard rock in the '70s and '80s was male-dominated and men often sang about their party antics. Women doing the same wasn't quite as common. The Donnas flipped the story with a punk rock theme and made no apologies.

The deep soulfulness of Fionna Apple's "Criminal" was hard to ignore. The message behind it – a lingering look into using your sexuality to get something you want – is tightly wrapped in the song's opening line, "I've been a bad, bad girl." The song peaked at No. 21 on the Billboard Hot 100 in 1997.

This classic riot grrrl band from Seattle, Washington, absolutely killed it with their unapologetic and fierce song, "The Scratch." It comes off their 1994 album "¡Viva Zapata!," which was named after The Gits' lead singer, Mia Zapata, who was raped and killed in 1993. The band and their indie track was featured in "Mad Love," a 1995 film starring Drew Barrymore and Chris O'Donnell.

If you need one song to define feminine rage – this one does a good job. "Keep her down, boiling water/Keep her down, what a lovely daughter," Nina Gordon sings. The song, which peaked at No. 8 on Billboard Modern Rock Tracks, explores how society teaches women to suppress their anger.

"Just A Girl" punched down the wall on feminine rage with its release in 1995. Gwen Stefani wrote the song after driving home late one night and realizing how vulnerable she was as a woman. "You start to think, 'Wow, maybe people look at me different because I'm a woman," Stefani told People Magazine. The song peaked at No. 23 on the Billboard Hot 100.

"You Oughta Know" became an anthem to every woman – and for a good reason. Morrissette did not hold back on her resentment, and the intensity is hard to ignore. The song peaked at No. 6 on the Billboard Hot 100 and No. 1 on Billboard Alternative Songs.

While "Liar" might not be one of the most well-known songs by The Cranberries, it's certainly one of their most poignant. The song, a B-side to the band's North American single, "Linger," was featured on the "Empire Records" soundtrack in 1995.

Hole has many great songs that explore the female experience and how negative it can be to a woman's identity … but none quite as powerful as "Asking For It." While the song, at its core, is about rape, Courtney Love originally wrote the song about her experience stage diving at a concert. Her clothes were ripped off her body and she was repeatedly groped by the crowd.

"Rebel Girl" was released in 1993 and became a definitive anthem of the riot grrrl movement. It's not surprising given Kathleen Hanna wrote the song in honor of the women in the movement. "All of those girls were totally inspiring me, and the riot grrrl thing was inspiring me, and it was really like I just stuck my hand up in the air and there it was," Kathleen Hanna told NPR.