Listen to the outer space-themed release from the North Philly rapper here. It's his first official LP since 2017 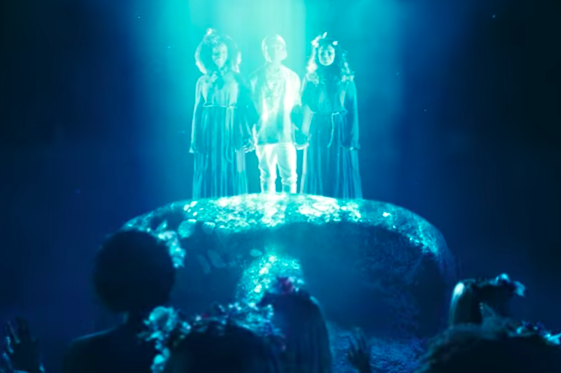 Before Lil Uzi Vert's new album "Eternal Atake" was released Friday, March 6, 2020, the Philly rapper released the tracklist and a video for title track "Baby Pluto. "In the video, Uzi gets beamed-up by a space ship, but not before encountering the famous Easter Island statues and many mysterious women wearing flower crowns.

Uzi announced the album's completion in December 2018, but stalled its official release and never told fans when it was coming out. In the meantime, non-album tracks "Sanguine Paradise," "That's A Rack," and "New Patek," were widely celebrated by listeners.

Before the album dropped, Uzi released both the tracklist and a video for the album's title track "Baby Pluto," which you can watch below.

He also changed the bio on his very active Twitter profile to "CALL ME BABY PLUTOOOO" and seems to be taking on the name as an alter-ego. He doesn't reveal much about the persona other than the character is a 25-year-old virgin.

Prior to the "Eternal Atake" release, Uzi posted three different potential album covers Tuesday and asked fans to vote on which one they wanted through a Twitter poll.Uzi seems to have gone with the most popular image: The backs of three feminine-looking aliens waving to a UFO while standing on a planet decorated with Easter Island heads.

Arguably Uzi's best known song, "XO Tour Llif3," has more than 1 billion streams on Spotify and features the well-known chorus, "Push me to the edge/All my friends are dead."

You can listen to the Spotify stream below.