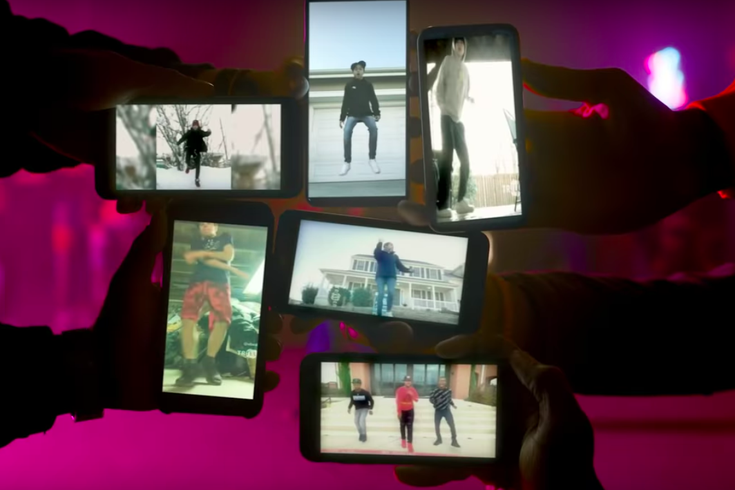 The video released Monday shows Uzi – decked out in Rihanna merch head to toe – and friends demonstrating the "Futsal Shuffle" dance in warehouses, in front of graffiti, on rooftops, and against the New York City skyline. It also includes footage of a female anime character joining in the dance as well.

In November the 25-year-old rapper first posted the dance to social media, filming himself doing the moves and saying the Futsal would "take over 2020." The name of the song/dance references an indoor soccer game from which the dance style takes inspiration.

Following the posts, the single "Futsal Shuffle 2020" dropped mid-December, becoming Uzi’s highest-charting song as a lead act. The single debuted at the No. 5 spot on the Billboard Hot 100, where “XO Tour Llif3,” one of Uzi’s older tracks, peaked a No.7, according to Complex.

The single was Uzi’s fourth of the year, following popular tracks “Sanguine Paradise,” “That’s a Rack,” and “Free Uzi.”

Since posting the dance, Uzi reposted videos of dozens of his fans mimicking the dance on his twitter.

However, it might be more likely Uzi hopes for the dance to break into Tik Tok, where one of the most popular posting styles is users filming themselves dancing. Indie artist Tame Impala’s song "The Less I Know the Better," recently went platinum as a result of the song going viral on Tik Tok.

Uzi’s next album to follow 2017’s "Luv is Rage 2,"will to be “Eternal Atake.” The album has been delayed over issues with labels and music leaks, and it currently does not have a release date. Complex Mag reported, the "unreleased" album has also come under fire for its artwork, which draws inspiration from the infamous “Heaven’s Gate” cult, a Christian-UFO cult that was based near San Diego, California.

Uzi will be performing at Coachella 2020, along with artists Frank Ocean, Lana Del Rey, 100 Gecs, Rex Orange County, Alex G, and others.