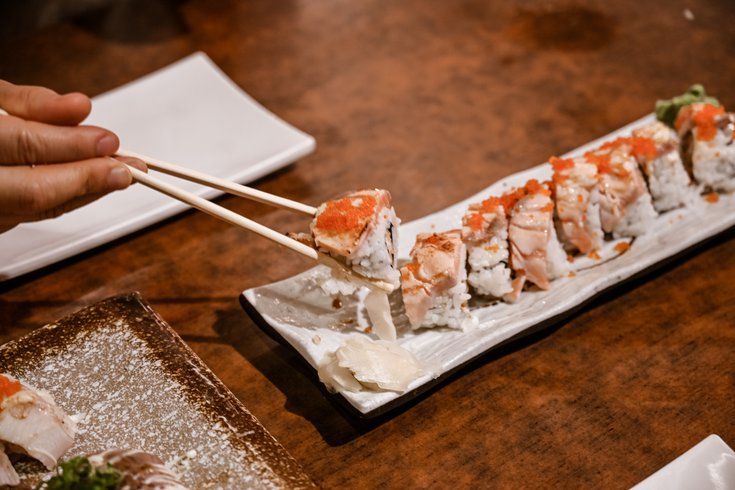 The World Affairs Council of Philadelphia is hosting a year-long series of 'table talk' discussions of foreign policy and international relations, using food as a way to bring people together and enhance understanding.

The World Affairs Council of Philadelphia is taking a seat at the table by hosting a year-long series that uses culture and food to facilitate conversations about foreign policy.

The nonpartisan international affairs group provides the community with an accessible method for understanding international relations. Established in 1949, it has become one of the top public policy forums in the country and educates thousands of students and teachers from local schools each year.

The "World Affairs Table" series began on Wednesday with a discussion about the diplomatic and defense relationship between the United States and Japan. Organizers partnered with the Japan America Society of Greater Philadelphia for the event.

Lauren Swartz, president and CEO of the World Affairs Council of Philadelphia, noticed that members of the organization were becoming more excited about the return of in-person programming during the pandemic.

As a result, she and her colleagues knew that they would have to find a way to step things up and "elevate" the foreign policy discussions.

"What will get someone to want to access this content, but also leave their couch and the comfort of their dog and their living room, and the place that they've been accustomed to for two years," Swartz said.

Following the panel discussion, Chef Hiroyuki Tanaka from Zama Restaurant in Center City served assorted Sashimi, Nigiri, Maki, and other Japanese dishes. The bar was stocked with Sapporo, which is the oldest beer brewed in Japan, as well as sake and other assorted soft drinks.

"In general, there's a lot of ways that breaking bread together can lead to friendships, and initiate conversations, so that was our basic premise," Swartz said. "We also know that sometimes talking about world affairs events and global challenges and opportunities can feel overwhelming, and some people might feel intimidated by it."

Swartz goes on to explain that many people may not know a lot about Japanese or Mexican and American relations, but they know they like the food from those cultures because of how common and prevalent they often are within their own communities.

Sharing food and drink is an aspect of culture that everyone is familiar with and having a facilitator introduce people to cuisines that they may not have tried yet can allow for an additional comfort as they learn more about relationships between countries.

Swartz believes that there is no shortage of interesting conversations that the Council can initiate, and by using food, those discussions can help break barriers to accessing information on foreign policy.

"We always look around the world to see what's going on, which is part of why we don't exactly plan where we'll focus too far ahead," Swartz said. She referenced the relevance of the Japan discussion as it relates to American's common understanding of Japanese culture and the continued importance of the defense relationship that has been built over decades of history.

"And then we'll move around the world. We might do something in the Middle East, or with Israel, which is a place in the world that merits a lot of discussion, and that has a lot of complexity," Swartz said.

Other places, like India or Pakistan, are also on the World Affairs Council's radar for potential features, two places that have complex geopolitical relationships and easily recognizable cuisine.

By taking a topic that people may not be well versed on and pairing it with food and drink that is more familiar, audiences can find ways to understand cultures outside of their own without having to dig too far into often inaccessible academic texts.

"So we may have a U.S. and Japan defense discussion, which could get into different complex topics as we can see right now, with war escalating between Russia and Ukraine," Swartz said. "But that sitting down and sharing food helps you realize that, when it comes down to it, we're all just people, and a lot of issues that are facing one country are facing another."

Three additional dates have been added to the series on June 8, Sept. 15, and Dec. 5, but the countries and cultures that will be discussed haven't been finalized.

Additional information can be found as plans progress through the World Affairs Council's website.