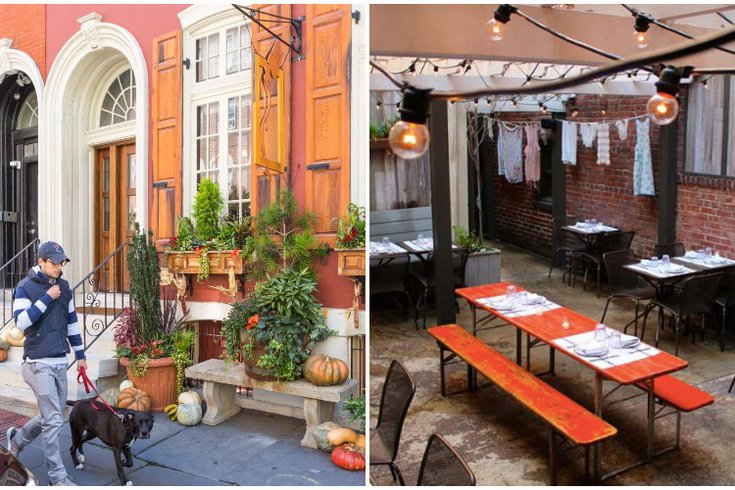 Philadelphia's Vetri Cucina and Little Nonna's were named to Thrillist's list of 'The 34 Best Italian Restaurants in America.'

Two Philadelphia restaurants have been recognized by Thrillist for their roles in what the publication called "a constant state of reinvention and refinement" of Italian food in the United States.

Vetri Cucina and Little Nonna's were named on the website's list of "The 34 Best Italian Restaurants in America" that was released last Thursday.

Thrillist described its rankings this year as "a glorious cross-section of regional styles, innovative fusions of style and wood-fired glory."

Vetri Cucina was praised for its signature Quattro Piatti prix-fixe menu that all diners enjoy when visiting the Center City establishment. For $150 per person, the four-course menu features a variety of appetizers, handmade pastas, entrées and desserts. The prix-fixe menu changes seasonally and features an array of local specialty ingredients.

"This Italian spot by Marc Vetri opened all the way back in 1998 and garnered rave reviews almost immediately, in part from Vetri’s experience working in premier kitchens both in the U.S. and Italy. The operation has only grown since, as has the admiration for this nationally acclaimed spot. Dining here means a commitment to the Quattro Piatti sampling menu, featuring antipasti, pasta, secondi and dessert selections. The menu goes for $150 per person and is among the most coveted Philly dining experiences out there."

Vetri Cucina was founded in 1998 by Philly-native chef Marc Vetri and his business partner Jeff Benjamin. Since opening at 1312 Spruce St. in the row house that was once home to the French restaurant Le Bec-Fin, Vetri Cucina has become one of the city's most sought after reservations.

Vetri was named one of the ten best new chefs by Food & Wine Magazine in 1999 and went on to win a James Beard Award in 2005. Along with its unique menu, Vetri Cucina has also been recognized for its extensive wine list.

Little Nonna's was recognized for its popular outdoor garden seating area and $25 Sunday Gravy special that it serves daily until ingredients run out. The dish consists of slow-braised beef short rib, stuffed meatballs, garlic sausage and broccoli rabe in pork marinara served over the pasta of the day — as well as more meat on the side.

"This mainstay on Locust Street has a foolproof formula that keeps diners returning. Marcie Turney and Valerie Safran offer Italian-American dishes in a space that boasts a 40-seat outdoor garden area in addition to the indoor dining room. Be sure to try the Sunday Gravy special at least once: It’s slow-braised beef short rib, stuffed meatballs, garlic sausage and broccoli rabe in pork marinara and comes served over the day’s macaroni with meat on the side."

Philadelphia was one of 11 cities to have two Italian restaurants make Thrillist's list. Other cities that had multiple entries include New York City, Boston, Washington, D.C. and Chicago.