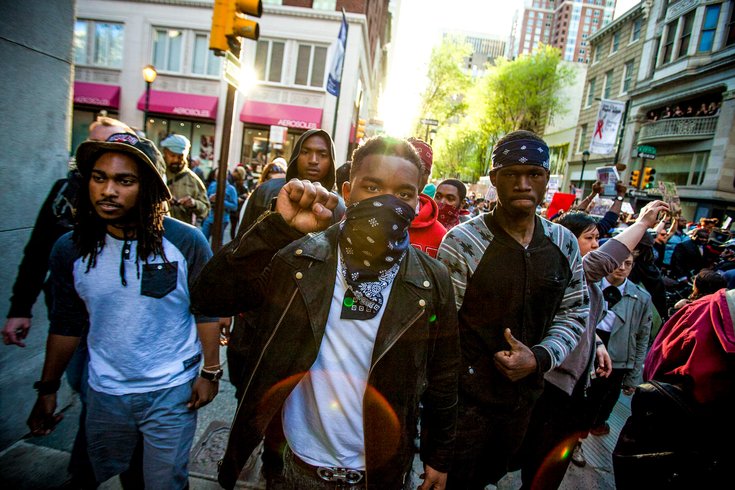 Supporters of the Black Lives Matter movement march along Walnut Street during an evening-long protest which traversed miles of Center City streets, April 30, 2015.

Looking back through the 100,000-plus images I made over the course of PhillyVoice's inaugural year, I am filled with many emotions because I have met hundreds of people and helped to tell countless stories. From the powerful story of a 16-year-old in Maple Shade, New Jersey, whose life drastically improved with medical marijuana, to the emotionally charged Black Lives Matter protest, to a look into a local pathologists' assistant's gory and unbelievably viral Instagram feed to, of course, the hurricane that was "Pope-a-palooza '15."

These stories have had a large impact on me over the course of this past year, but not necessarily because of the images themselves. Rather, it's because of the human element behind each story. It is, after all, people who breathe the life and energy into Philadelphia, the culturally rich and socially diverse place we call home.

Below is a collection of 20 images that have stood out to me from the past year and that I feel accurately portray the vibrancy of the human element in the Philadelphia and South Jersey communities. 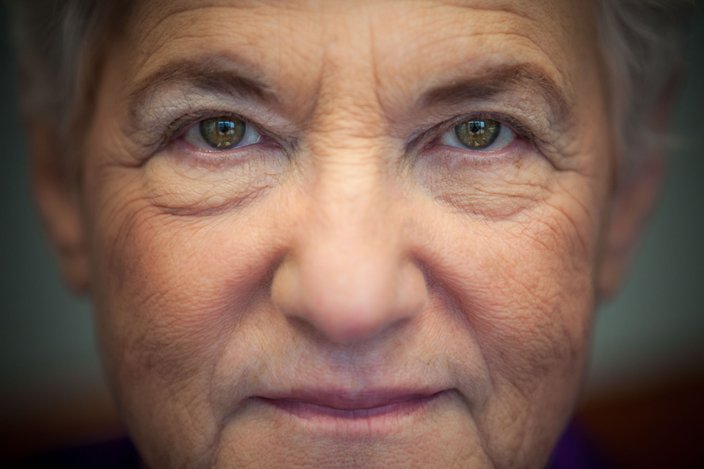 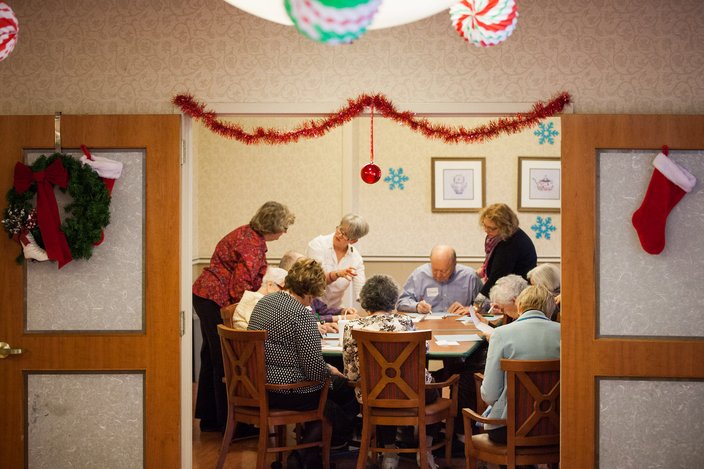 ARTZ Philadelphia Founder/Executive Director Susan Shifrin leads a team of two volunteers in guiding a group of St. Joseph’s Manor Alzheimer’s and dementia residents through a holiday art project. It’s one of several programs ARTZ is employing to improve the quality of life among those with forms of dementia.

From: Art for Alzheimer's: Philly program brings dementia patients back to themselves 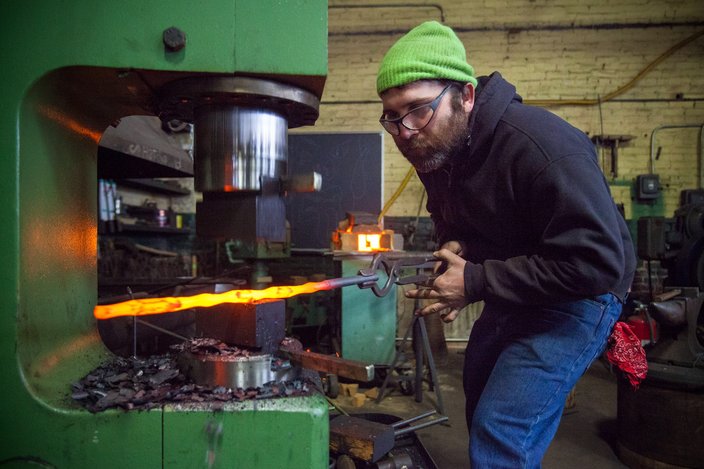 Jason Roberts Metalworks is an 8,000-square-foot workshop in the Frankford section of Philadelphia. Jason Roberts is the owner and lead artist of this shop, which specializes in high-quality metal fabrication and design.

From: Jason Roberts' Metalworks welds art and entrepreneurship together 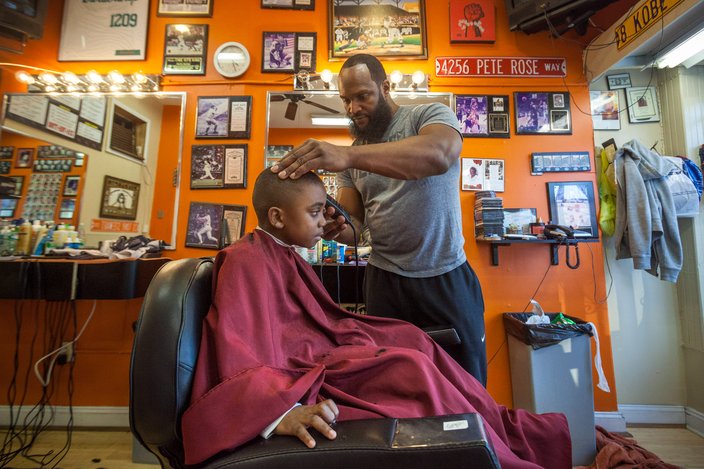 From: Syreeta Martin: Why Brewerytown is Philly’s best neighborhood 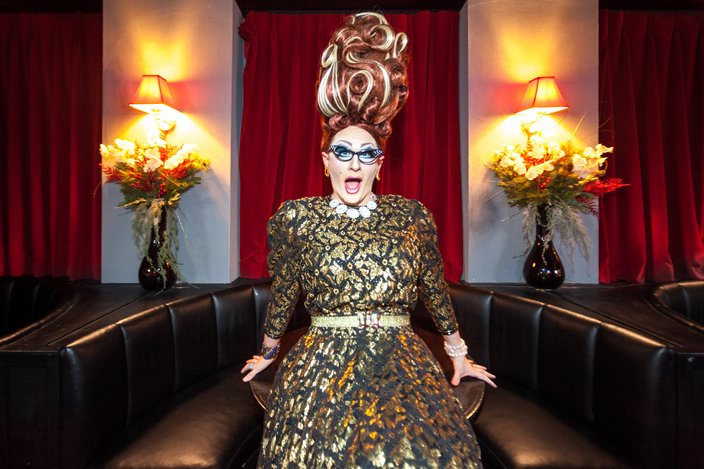 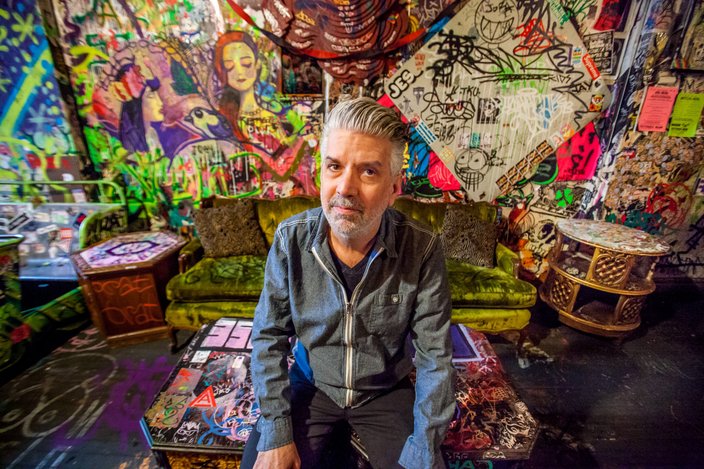 From: Five for Friday: Robert Perry 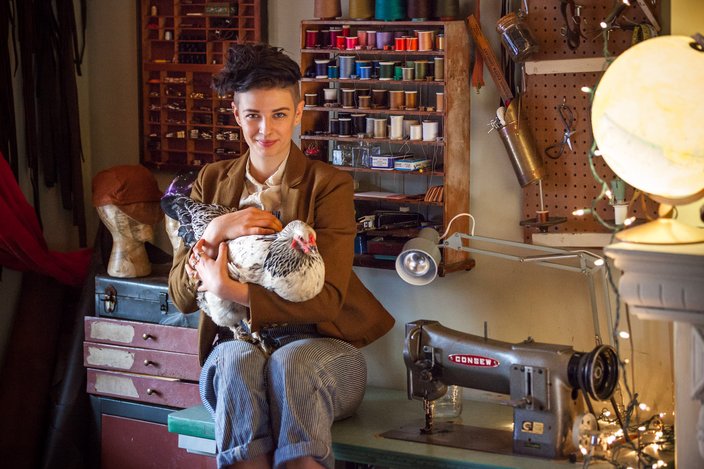 Taylor Kuyk-White and Tooskie in the Shrimp Muffin Haberdashery studio in West Philly.

From: Five for Friday: Taylor-Kuyk White 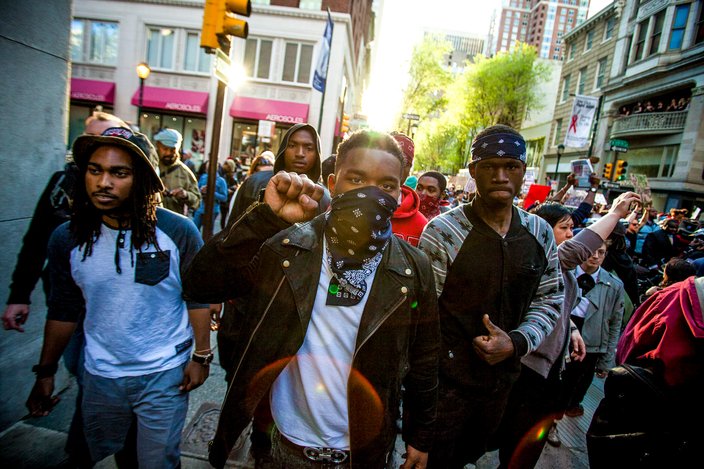 Supporters of the Black Lives Matter movement march along Walnut Street during an evening-long protest that traversed miles of Center City streets, April 30, 2015.

From: Hundreds in Philly rally against police violence 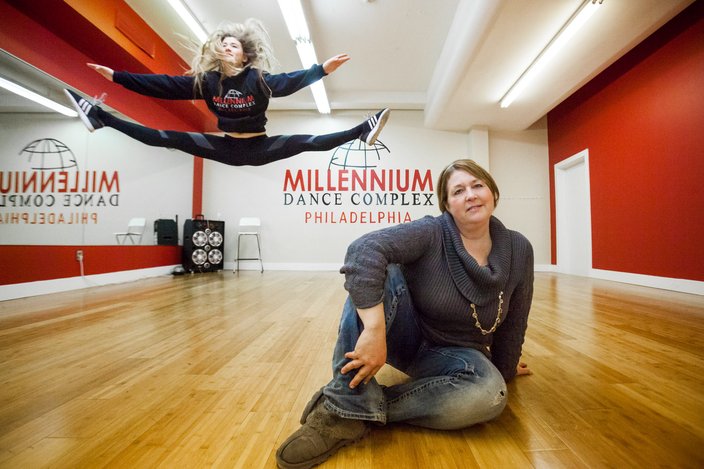 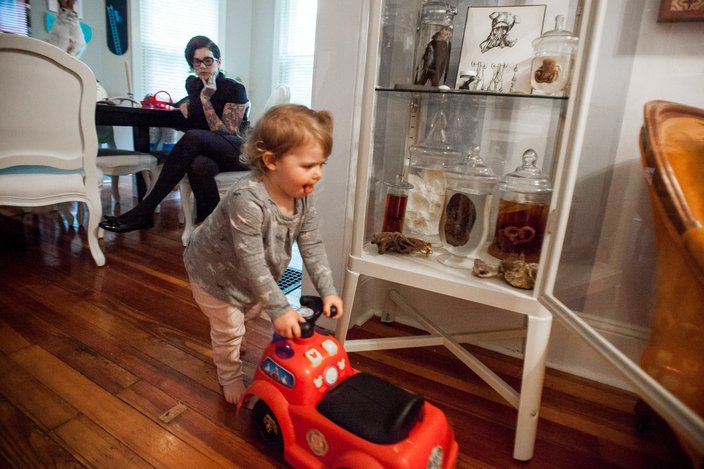 Pathologists' assistant Nicole Angemi watches over her middle child, Lillian, who plays near one of the display cabinets containing preserved human specimens and autopsy tools in their New Jersey home. 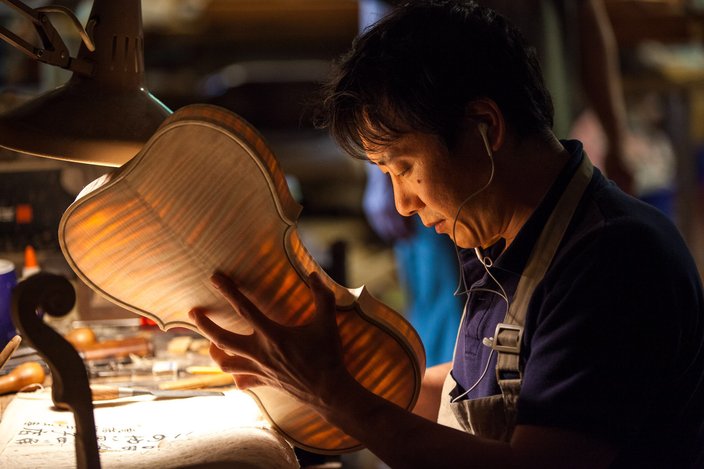 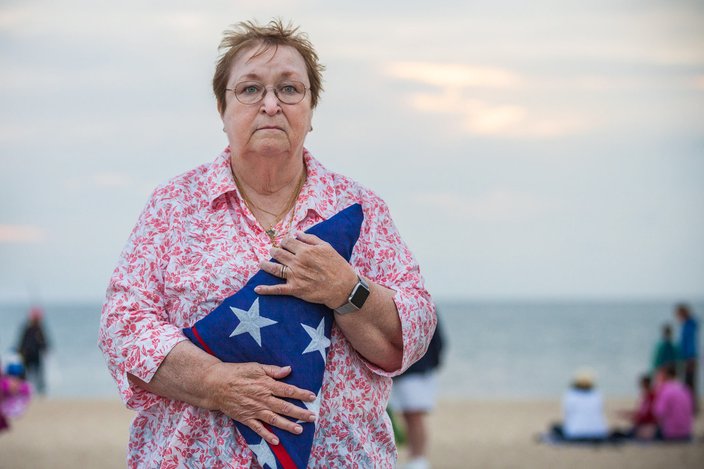 Kathleen St. John, daughter of Arthur St. John, holds her father's casket flag against her heart after it was lowered and folded during the "sunset ceremony" on Cape May Point’s Sunset Beach.

From: Salutes amid the sand dunes 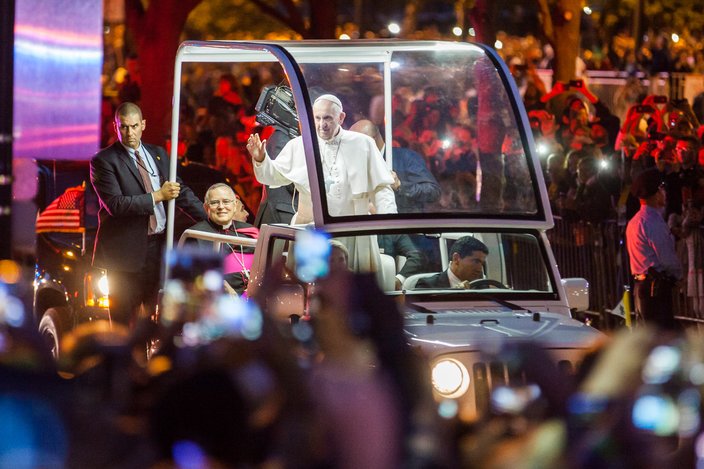 Pope Francis' popemobile passes thousands of people along the Benjamin Franklin Parkway as he arrives at the Festival of Families, Sept. 26, 2015. 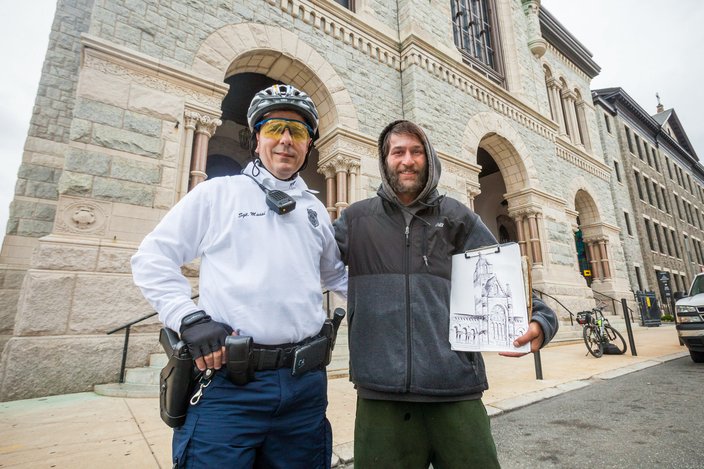 Sgt. John Massi of the Philadelphia Police Department with Scott Liffman in front of St. John Neumann Church at Fifth and Girard streets.

From: Philly street artist hopes to climb back up 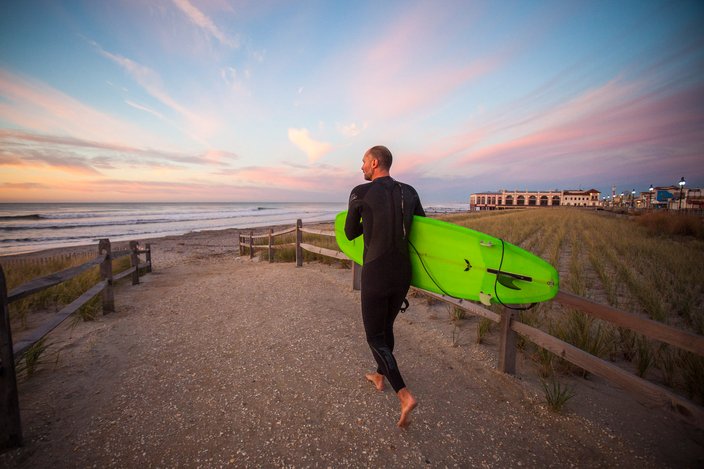 Lance Loethen has made dozens of round-trip surfing trips to the Jersey Shore over the past two years - many of them on weekdays before he arrives at his Philly office for work, typically around mid-morning. 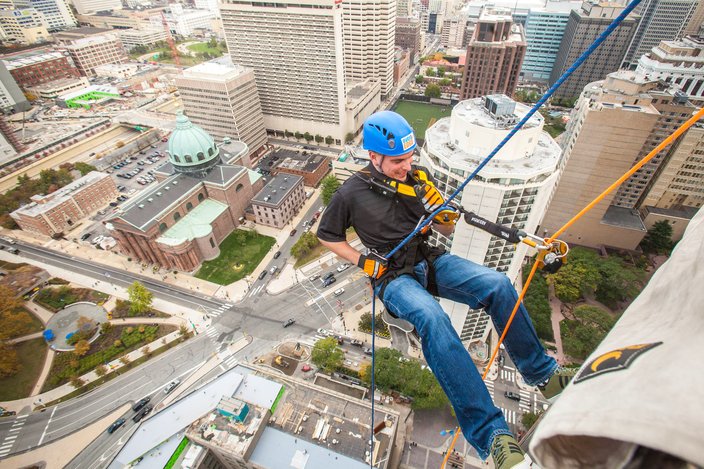 PhillyVoice reporter Hayden Mitman begins his rappel from the One Logan Square building, Thursday, Oct. 22, 2015, during a press event for the Philadelphia Outward Bound School.

From: Stepping over the edge for Philadelphia school kids 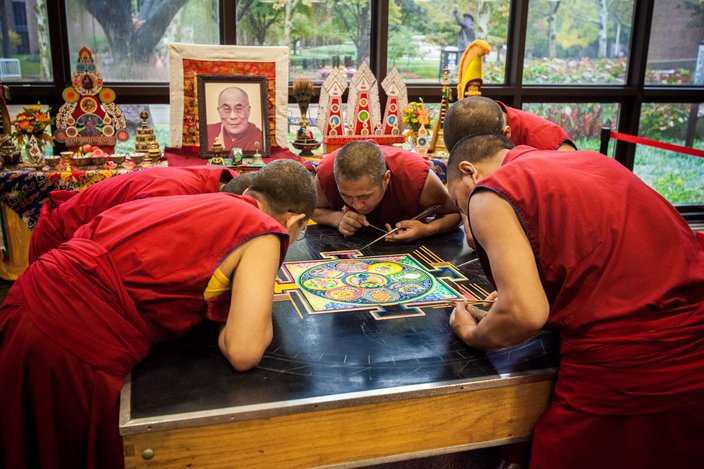 Endorsed by His Holiness the Dalai Lama and Richard Gere, with the direct guidance of Drepung Loseling Monastery in India, monks from the Drepung Loseling Monastery in Atlanta have been on a world tour for three basic purposes: To make a contribution to world peace and healing through sacred art, to generate a greater awareness of the endangered Tibetan civilization and to raise support for the Tibetan refugee community in India. Here, the monks create a mandala sand painting on the campus of Rutgers-Camden. 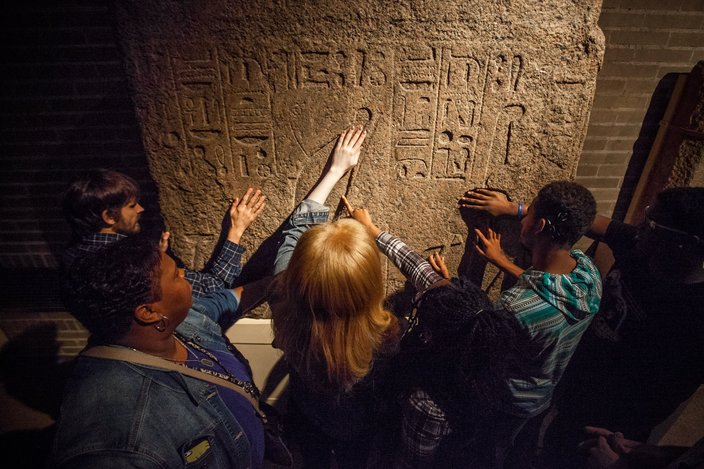 Sight-impaired students touch a wall piece from ancient Egypt during a Philly Touch Tour, Wednesday, Nov. 3, 2015, at the University of Pennsylvania's Museum of Archaeology and Anthropology.

From: Philly Touch Tours guides those with low vision through the arts 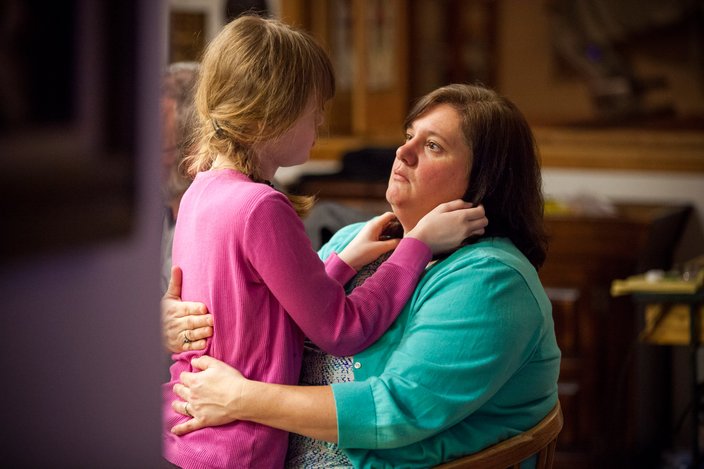 Lora Barbour asks Genny, "What is it? What is wrong?" multiple times in an attempt to communicate with her daughter. It turns out the answer, this time, was simple: Genny wanted more macaroni and cheese. Genny is a 16-year-old severely autistic girl who is subject to severe epileptic seizures that have been largely abated by the implementation of medical marijuana.

From: Medical marijuana improves quality of life for S.J. family 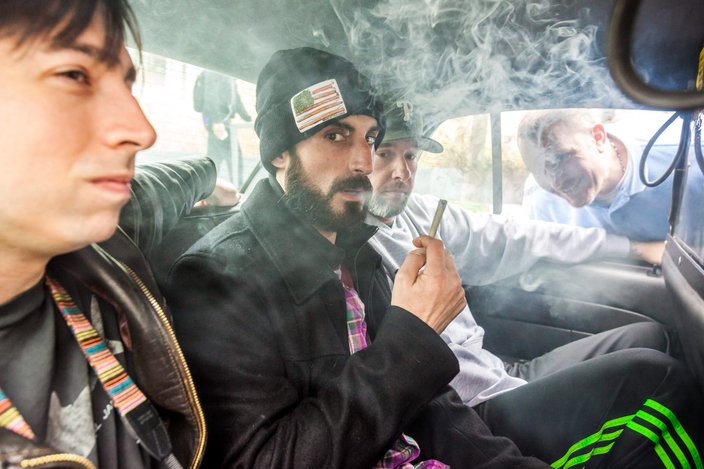 Marijuana activists N.A. Poe, middle, and Mike Whiter, right, turned the UberX protest into a #smokedownphillyevent as cabbie Dave looks in from the outside, Dec. 16, 2015.

From: Cabbies shut down part of Center City for UberX protest

All photos and text by PhillyVoice Photographer and Photo Editor Thom Carroll.