The limited-release beer shelves this week 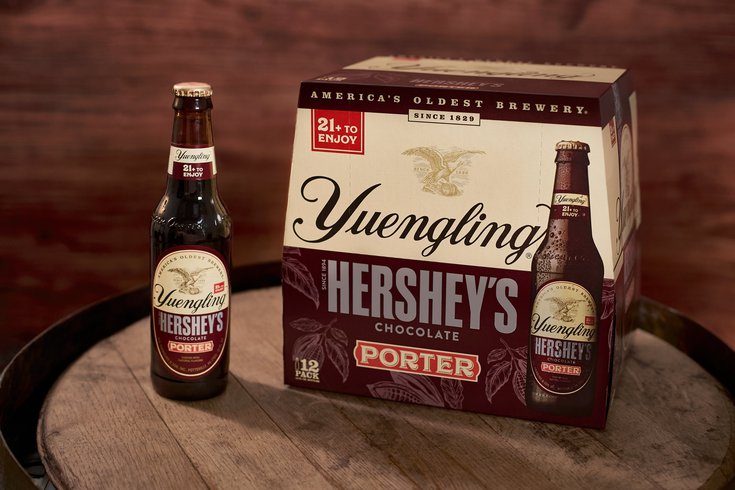 Yuengling Hershey's Chocolate Porter is now available in bottles and on draft. The Pottsville brewery debuted the recipe in 2019.

Two of Pennsylvania's best-known brands are teaming up again this year to bring back Yuengling Hershey's Chocolate Porter or another year.

The seasonal beer debuted in 2019 and has been hitting shelves every fall since. It is now available in bottles and on draft in more than 22 states.

"It's year three of the most epic chocolate and beer collaboration and this year we're combining the return of the Yuengling Hershey's Chocolate Porter with our favorite holiday, Halloween," Ernie Savo, senior director, global licensing for The Hershey Company, said.

The limited-run release porter is based on Yuengling's Dark Brewed Porter recipe. Hershey's cocoa powder and chocolate nibs are added during the brewing process, according to the description on the brewery's website.

When the Yuengling Hershey's Chocolate Porter debuted in 2019, the plan had been for the beer to be available through Valentine's Day, but it sold out within weeks, PennLive reported. While many breweries make chocolate beers, this was Yuengling's first attempt.

The brew has an ABV of 4.7% and pairs well with chocolate, barbecue and cheeses, the brewery says.