The Pottsville, Pa., brewery released the new beer in 24-ounce cans on Tuesday 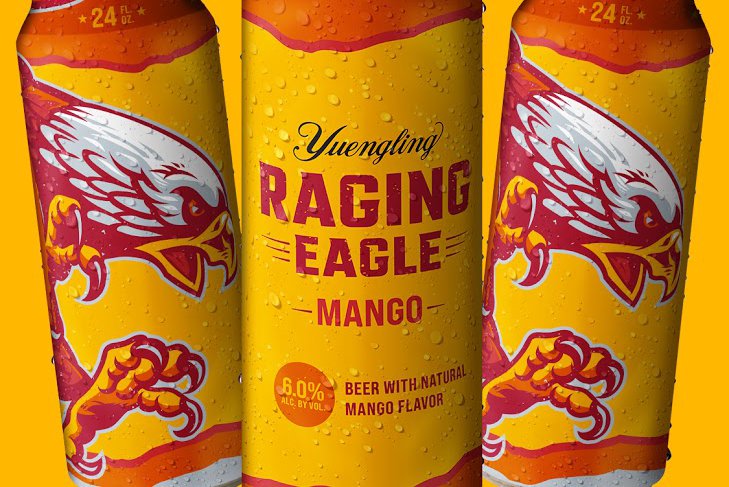 Yuengling's Raging Eagle Mango Beer is a pilsner brewed with classic hops and is the latest in a string of flavorful experiments by the Pottsville-based beer maker, including last year's Hershey's Chocolate Porter collaboration.

Fans of fruity beer have a new option to sample from the tried-and-true brewers at Yuengling.

The Pottsville-based company – America's oldest brewery, founded in 1829 – debuted its mango-flavored pilsner Raging Eagle on Tuesday, an addition to their lineup that the brewers are calling disruptive to the beer scene.

"We saw an opportunity to leverage our six generations of brewing expertise to create a refreshing mango beer that appeals to adventurous drinkers and adds a bold new brand to our portfolio of iconic beers," Jen Yuengling said. "Raging Eagle Mango Beer feeds into the passion and energy of the 21-35 young adult who is often surrounded by friends and itching to embark on new and unique adventures.”

The 6% ABV beer will be available year-round in 24-ounce cans across Yuengling's 22-state footprint. The company said more Raging Eagle pack configurations will become available later in the year.

The mango pilsner signals the continuation of Yuengling's experimental path of recent years, when it has introduced new beers like its Golden Pilsner, the seasonal Hershey's Chocolate Porter, the lite 95 calorie FLIGHT.