Can too much running do more harm than good? 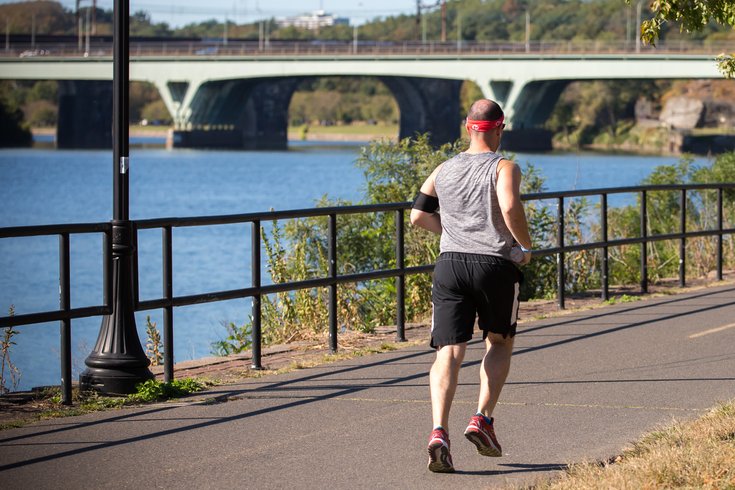 The Greek philosopher, Aristotle, believed in moderation in all things — a balance between the two extremes of too much and too little in all aspects of life.

It’s easy to appreciate this idea in terms of things that are supposed to be bad in excess. You shouldn’t eat too much junk food or drink too much soda. But what about something like running that’s pretty much considered a universally good habit? Is it possible that too much of this kind of exercise can actually do more harm than good? The answer may surprise you.

Americans don’t exercise enough, and for the most part, the universal message to get up and move is important. But sometimes people take it too far, and that can be as much of a problem as an excess of couch surfing.

A report published in the Journal of the American College of Cardiology said that people who push themselves to extremes might undercut the benefits of consistent exercise. Those who ran three days for more than four hours every week measured the same risk of death as people living sedentary lifestyles. People who ran less than three times a week for one to 2.4 hours at a slow to moderate pace were at a much lower risk.

Another observational study by researchers at Birmingham University tracked 52,000 people for 30 years. For the most part, runners showed a 19 percent less chance of death than non-runners, but cases of excess endurance running also recorded negative impacts on physical health.

Too much running might be bad for you, but why exactly is that true? When you engage in strenuous activity like running, it can cause serious wear and tear on your body. Normally, this is a good thing. Muscles grow and strengthen when they are worked consistently.

But when you work too much, sometimes your body just can’t keep up. Setting aside muscle tearing and soreness, there’s a much greater risk that comes with putting too much stress on your body.

When you work out, your body burns sugar and fat for fuel and energy. Like burning wood on a campfire, that process creates “smoke.” The “smoke” created within your body is called free radicals — molecules that have lost an electron and that can damage other cells. Besides the risk of cell damage, free radicals can also bind with cholesterol molecules and build up plaque on your arteries.

Sound bad? Sedentary living is bad, but pushing yourself beyond what your body can handle is just as much of a problem. Luckily, in the case of the plaque buildup, an easy fix is to eat the right fruits and berries. Packed with antioxidants, the deeper color, the healthier the fruit.

It’s clear that too much running is no good, but then how much should you be running ideally? The sweet spot, that perfect point of balance between extremes, seems to  be somewhere between 5 and 19 miles a week across at least three sessions. If you can do that consistently, you should be on your way to a happy, healthy medium for yourself.

So don’t fear exercise, but don’t push yourself well beyond your own reasonable limits either. There’s never a good reason to overwork yourself, and it turns out that, at least in this case, Aristotle was right on the mark – it’s all about moderation.