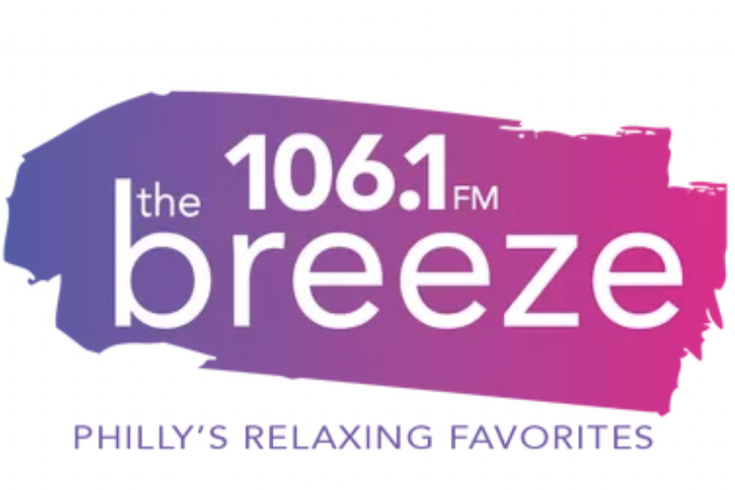 After three years in the soft adult contemporary format, 106.1 The Breeze is no more in Philadelphia. iHeartRadio's website for the station is now 'under construction' ahead of an expected format change.

Listeners of Philadelphia's adult contemporary radio station 106.1 The Breeze were blindsided this week by iHeartRadio's decision to pull the plug on the popular format, ending a run of just over three years.

The station's website was given an "Under Construction" banner and 106.1 (WISX) was flipped to a simulcast of Q102 WIOQ-FM, iHeartRadio's contemporary hits station.

Amid the confusion, longtime Philly radio host Valerie Knight posted a video on Instagram confirming that her show on 106.1 The Breeze is done and that she has been terminated. The show had been her first solo gig in Philly radio.

End of an era as Valerie Knight @valerieknight01 is let go @1061thebreeze today when they told her they’re changing formats. She doesn’t know what the new format is yet. Earlier this year @MarilynRussell was let go from @wogl Two On Air Legends in Radio https://t.co/8acB48zoQC pic.twitter.com/db22BW7som

"I finally got my own show in the twilight of my career, but the powers that be at (iHeartRadio) decided to make a format change," Knight said. "I don't know what it is, but I'm gone, too."

Knight is best-known in Philadelphia as the long-time co-host of "The Breakfast Club" on 98.1 FM WOGL, where she had spent 14 years before she was let go in December 2016. She also had stints at Q102 and Sunny 104.5 before that station evolved into an alternative and modern rock format.

"You know, it's fitting that I get terminated in my seemingly last job, because I've been fired seven times in my career in Philadelphia — in my 35-year career," Knight continued. "And it's been a freaking great career in no small part because of you."

106.1 The Breeze played soft hits going back to the 1970's, with plenty of Elton John and Whitney Houston in the "Philly's Relaxing Favorites" rotation. Prior to that, the station had been Real 106.1, a hip-hop throwback format, and previously enjoyed a long run as Smooth Jazz 106.1 WJJZ from 1993 to 2005. The iHeart app and 106.1 HD2 channel maintain the Smooth Jazz 'JJZ format.

Philadelphia's collection of hip-hop stations took another hit in 2016 when Boom 107.9 shifted on the radio dial to 103.9 and switched to an Urban AC format. KYW Newsradio eventually took over 103.9 in 2020, making its FM radio debut with a revamped team. The R&B and hip-hop throwback format moved to 100.3.

What happens next for 106.1 FM remains to be seen, but Urban Radio Nation jested that the station may need to break new ground given everything that has already been tried there. 106.1 FM had ranked tenth in the Philadelphia market with a 3.3 share in the January 2022 Nielsen Audio ratings.

But more realistically, a Spanish music format maybe next for iHeartMedia and 106.1 FM. The format does exist on AM radio and on low power limited range FM stations in Philadelphia. But then again it was tried on 104.5 FM and 1480 AM as "Rumba" many years ago without much success.

Keep an eye on the defunct site for 106.1 The Breeze to follow the direction iHeartRadio eventually chooses.