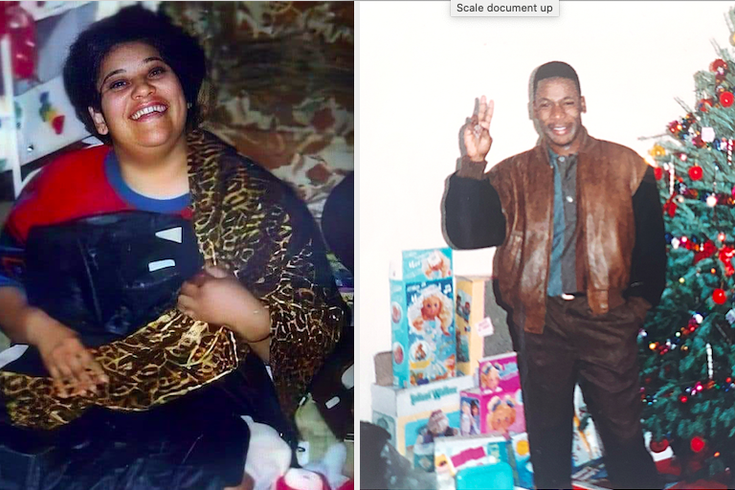 "Heritage West: The West Philadelphia Community Archaeology Project" is looking for photos of West Philly residents from the 20th century, like these two which have already been submitted, for a new community archive. If the photos are holiday-themed, they could be included on a postcard and poster design that will be distributed around the neighborhood.

Local historians are looking for twentieth century holiday photos from West Philadelphia as part of a partnership to preserve the neighborhood's recent heritage.

A few lucky residents (or their descendants) could have their pictures featured in a holiday poster and a postcard that will be distributed around the area.

Photos can be submitted online, and contributors are asked to include a year or date range, the names and ages of those included and the address, street name and/or zip code of where the photo was taken.

"Heritage West: The West Philadelphia Community Archaeology Project" is a partnership between several local organizations, including the University City Arts League, the People's Emergency Center and anthropologists from the University of Pennsylvania.

"This (two year) community archaeology and heritage program links past and present by asking community members to share their unique and grounded perspective," said Sarah Linn, a member of the Heritage West team.

The area now known as West Philadelphia didn't officially become part of the city until the middle of the nineteenth century.

With the exception of the Woodland Cemetery, which was created in 1840 from the estate of colonial lawyer William Hamilton, West Philly remained rural until the nineteenth century.

It was innovations in transportation that led to the area which residents know and love today.

The nation's first covered bridge was built across the Schuylkill River in 1805, aiding the flow of people and goods in and out of the city. Previously, travelers and merchants had relied on rickety primitive bridges or ferries.

Speculative land development and trolleys, first pulled by horses in the 1830s then electrified in the 1890s, allowed middle class families to move out to what were then suburban developments.

These streetcar suburbs went as far as 43rd Street in the 1850s but extended all the way to 63rd Street and beyond city limits by the 1890s.

Additionally, the University of Pennsylvania platted its current campus in the 1870s, followed by Drexel University in 1891, solidifying the area as a center of education.

For a time it remained highly desirable, so developers continued to build more housing. Unoccupied pieces of land were built out and grand old mansions were torn down and replaced with large apartment buildings.

By the time World War I rolled around, West Philadelphia had become a popular destination for working class European immigrants and Black migrants from the American South.

The Black population continued to grow through the middle of the twentieth century and by the 1960s was almost entirely African American.

One of the strongest African American communities was called the Black Bottom, which existed between 32nd and 40th streets. The Black Bottom Tribe Association is one of the groups working on the photo project.

In the 1950s and 1960s, city planners and officials at Penn worked to raze the Black Bottom in the name of urban renewal. By the end of the sixties, thousands of Black residents had been displaced through eminent domain.

Still, West Philadelphia remained a center of Black American culture and was home to Afro-centric groups like MOVE, which promoted Black power and communal living.

The group eventually came into conflict with the Philadelphia Police Department. After officers tried to evict them from their headquarters in 1978, members of the group began a shootout which ended with one officer dying and nine members being convicted of homicide charges.

In 1985, a similar incident ended with a police helicopter dropping two bombs on the group's headquarters on Osage Street. Eleven MOVE members died in the ensuing fire.

The police department lost a 1996 lawsuit and had to pay $1.5 million to a survivor of the incident and two relatives of the deceased. City council officially apologized for the bombing in 2020.

In the 21st century,  West Philadelphia has begun to gentrify. Penn and Drexel both continue to expand, bringing more students to the neighborhood. Additionally, a new class of upwardly mobile urbanites have taken an interest in the area's unique stock of historic housing.