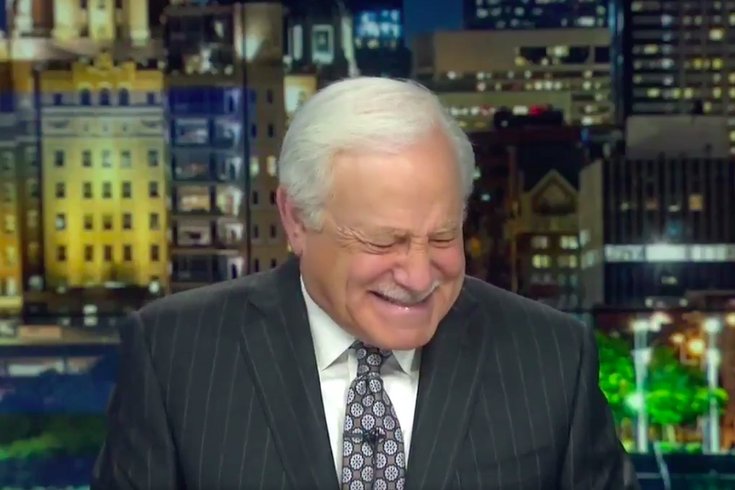 Though perhaps known best for a mustache that has endured decades, longtime 6ABC Action News anchor Jim Gardner has also gotten quite giggly in recent years.

It started most notably in November 2016, when Gardner was doing his usual routine at the end of the broadcast and prepping viewers for what was up next. In this case, it was a new “Jimmy Kimmel Live!” featuring Young Jeezy. His attempt at saying “Jeezy” threw him into a fit of laughter, which PhillyVoice staff writer Daniel Craig helped immortalize forever here.

During Gardner’s Thursday broadcast, viewers caught another glimpse at Gardner acting all giggly; this time, it seems, the laughs came from a short segment on the start of Philly Wine Week. The opening event for PWW is called Opening Corks. One Twitter user pointed out Gardner’s reaction.

What just happened?? @6abcadamjoseph @duciswild Jim's on a laughing fit again and it had nothing to do with Jimmy Kimmel's music guest. 😂😂 #6abcaction #6abc #LaughingFit pic.twitter.com/znoiJchxNS

As you ponder what’s running through his head, take a walk down (recent) memory lane at some of the reporters who had to brave the snow storms this month, and get your own giggle on.