Nikki Maroney will stop at nothing to meet Sylvester Stallone 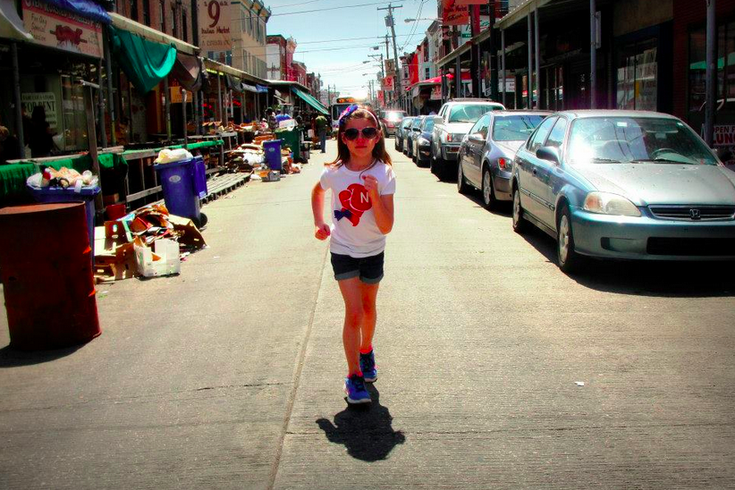 Nikki Maroney, 8, jogs like Rocky in the Italian Market.

One 8-year-old Falls Township figure skater won't give up until she meets Sylvester Stallone.

Nikki Maroney has idolized Stallone for his role as Rocky ever since she was 4 years old, Levittownnow.com reported. She has taken countless trips to the Rocky statue outside the Art Museum, has seen the Rocky musical in New York City and sets many of her figure skating routines to music from the film.

But despite Stallone being in town to film the "Rocky" spinoff "Creed," Nikki has had no luck meeting the star. She and her mother, Kelly Maroney, have shown up at film locations only to be turned away.

Kelly Maroney said the two won't be giving up on meeting Stallone.

“Her whole room has Rocky posters,” Kelly Maroney said. “I tell her not to give up on her dream, so I’m supporting her.”

It looks like the duo has more time to try to meet Stallone — he was reportedly spotted Monday at Le Virtù.

Tonight I had the pleasure of cooking for the one and only Sylvester Stallone at Le Virtù. Made a slow Monday go by nicely. Thanks Rock!