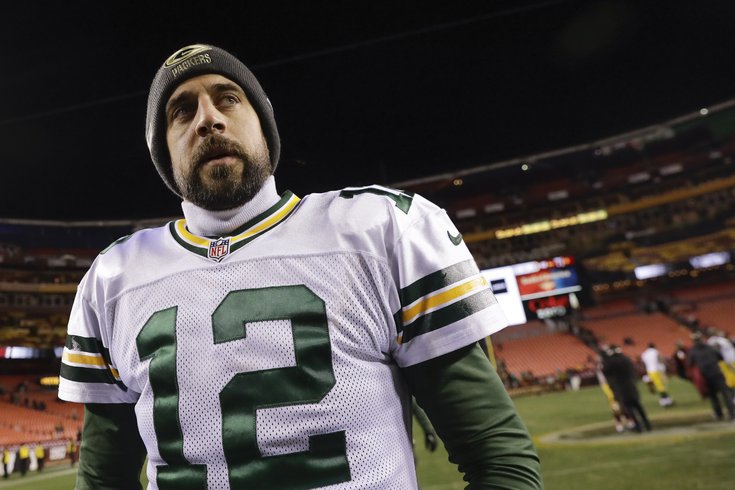 Aaron Rodgers has come under fire this season, but his team's defense is straight garbage.

But just in time for Thanksgiving, Rodgers' well-known disconnect with his family flared up on social media.

RELATED: Philly retailer United by Blue is trying to raise $20,000 for the California wildfires

Jordan Rodgers, who works as an ESPN analyst and appeared on "The Bachelorette," fired back at his brother's video post with an accusation that Rodgers failed to show concern for the well-being of his own family.

But when your own Mom is home alone during the fires, car packed ready to evacuate, & you miss the fundamental first step of compassion; calling your parents to make sure they are safe....

Discord in the Rodgers family has been documented in fits over the past few years. Some of the issues appeared to pre-date Aaron Rodgers' former relationship with actress Olivia Munn, who suggested their differences stemmed partly from the conflicts of everyone working in the sports world.

Jordan Rodgers was a quarterback for two seasons at Vanderbilt University, where he started 18 total games and then went undrafted.

Aaron Rodgers has been dating race car driver Danica Patrick for about a year and has declined to publicly address the rift in his family life.

The wildfires in California have continued for nearly two weeks, claiming 84 lives as of Wednesday afternoon. More than 800 people remain missing.