The dog was found Saturday morning trapped inside bags near railroad tracks in Vineland, Cumberland County 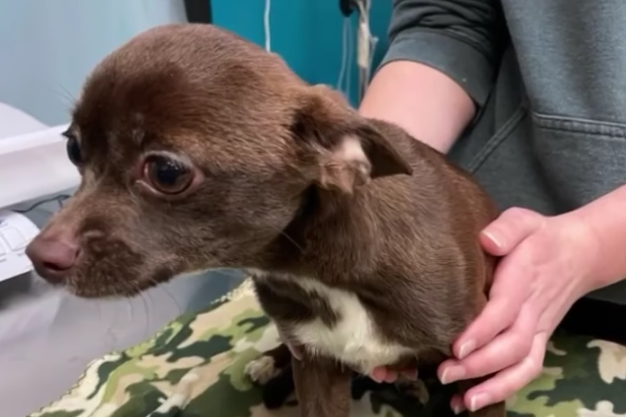 Coco the chihuahua was found stuffed inside bags left near railroad tracks in Vineland, New Jersey. The young, female dog now is being cared for by a foster family and Vineland police are looking for information about how abandoned the dog.

The South Jersey Regional Animal Shelter called the incident "a blatant act of animal cruelty" in Facebook post on Monday and the rescue organization is offering a $1,000 reward for information leading to the arrest and conviction of whoever left the dog there.

The Vineland Daily Journal described that the chihuahua was found inside a mesh duffel bag that had been stuffed inside two other bags, and the outermost bag was tied shut by its handles. A man walking his dog on Saturday morning near Christel Avenue in Vineland discovered the bags and noticed they appeared to be moving, the officials at the shelter said. The man could also hear sounds coming from the bag.

He brought the bags and the animal to the shelter where staff freed the dog. The South Jersey Regional Animal Shelter staff said the chihuahua was "visibly shaken and lucky to be alive" upon being freed. They have since named the dog Coco.

We are sickened by a blatant act of animal cruelty that occurred today to a sweet & innocent little Chihuahua, Coco. Late this morning, a man walking his dog behind Gerresheimer’s Glass (along the railroad tracks at 537 Christel Avenue in Vineland) noticed a bag on the ground when his dog was reacting to it. He saw the bag move and heard something inside. He immediately picked up the bag and brought it to the shelter. Inside was a young female Chihuahua. She and the bags she was in were soaked with urine. Coco was visibly shaken and lucky to be alive. Coco will be evaluated by the vet this afternoon. This horrific act of cruelty has been reported to the Vineland Police Department. If you recognize Coco or have information regarding who may be responsible for the horrendous act, please contact them immediately. 856-691-4111

Coco is now in the care of a foster family that is helping nurse her back to good health. She will be available for adoption once she recovers, shelter officials said.

Vineland police are investigating the incident. Anyone with information about the incident can call the department at (856) 691-4111.