'We were excited to get recognized back then' 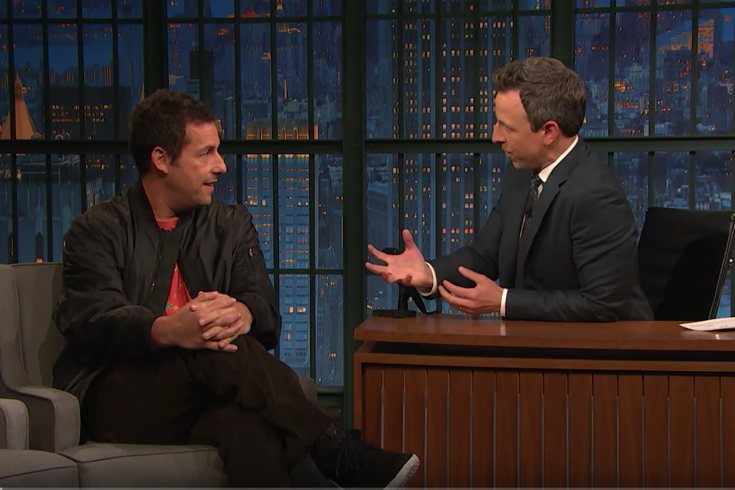 The comedian admits that as much as he loves Lorne Michaels and the entire cast, he does have one regret: going on the show later rather than sooner. He says, laughing, “I should have come back to the show before it was HD. Good lord, I waited a long time, I don’t really look like Adam Sandler anymore, but that’s alright.”

He stayed up until 4 a.m. on Tuesday night writing sketches with the "SNL" writers, noting that writing for the show takes place on Mondays and Tuesdays with Tuesday nights going on for a considerate amount of time. When Meyers said it was impressive he stayed so late, Sandler noted how "delirious" and "nasty" it made him to everyone around him. "I was a little psychotic," he joked.

Sandler, who played prominent characters such as Opera Man and Canteen Boy, reminisced about the old office he used to share with Chris Farley, David Spade, and Chris Rock. "I did look at Farley’s old desk and thought of all the crazy - just them being funny, and just the fun times they had there."

He recalled how dirty their office was and how none of them picked anything up, adding how much McDonalds they would go out to buy and eat. Meyers said they would just send interns to do it, but Sandler notes, "We were excited to get recognized back then."

He added, “I was definitely walking on the street like after Saturday’s show,  if I did well on a show when I was 23-years-old. My god was I walking out on the street, staring people in the eye, like ‘that’s right it’s me.’”