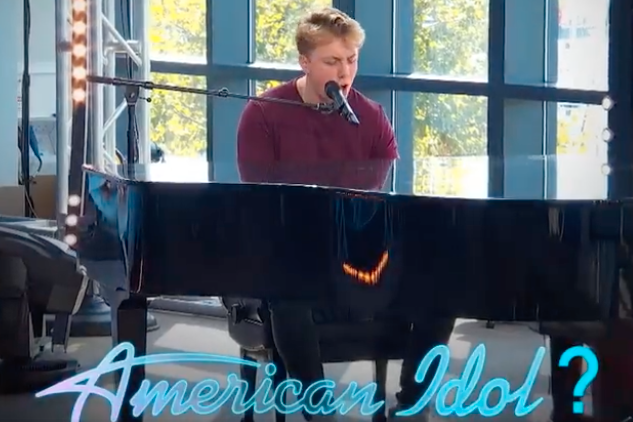 Louis Knight, 19, of Montgomery County will compete on new season of 'American Idol.' Knight, who moved to Narberth from London, is highlighted in a promo for the new season, starring Ryan Seacrest. Judge Luke Bryan tells Knight, 'You may be the biggest star we've ever had on 'American Idol."

An Eagles cheerleader and a Lower Merion High School alum are among two of the Philadelphia-area singers expected to star in the new season of "American Idol."

Kyle Tanguay, the Birds' first male cheerleader, and Louis Knight, a singer-songwriter from Montgomery County, will compete on the show's 18th season, which premieres Sunday on ABC.

Tanguay shared on Twitter that he auditioned for the show. He later changed his bio to include "American Idol Season 3," indicating his audition got some air-time. Although the long-running show has been on-air since 2002, it is only in its third year on ABC.

Tanguay is a senior at University of the Arts in Philadelphia, where he studies dance and also sings.

Knight, 19, who moved to Narberth after spending his early childhood in London, is highlighted in a promo for the new season, The Courier-Post reported.

The "Almost Famous" tribute promo features the blonde-haired Knight sitting on a tour bus with other Idol hopefuls while Elton John's "Tiny Dancer" plays. Knight begins singing and other contestants join in, indicating that Knight may be a top competitor this season.

In another preview, Judge Luke Bryan also tells Knight, "You may be the biggest star we've ever had on 'American Idol.'"

"American Idol" reached out to Knight by phone and invited him to audition, according to the Courier-Post. He possibly auditioned when the show stopped in Pittsburgh last September.

No Pennsylvanian has ever won the competition, but this year they may have a decent chance. Current judges Katy Perry, Lionel Richie and Bryan help select the winner. It is still hosted by Ryan Seacrest.

In addition to the ABC broadcast, viewers can watch American Idol's premiere on Hulu Live and other streaming platforms.