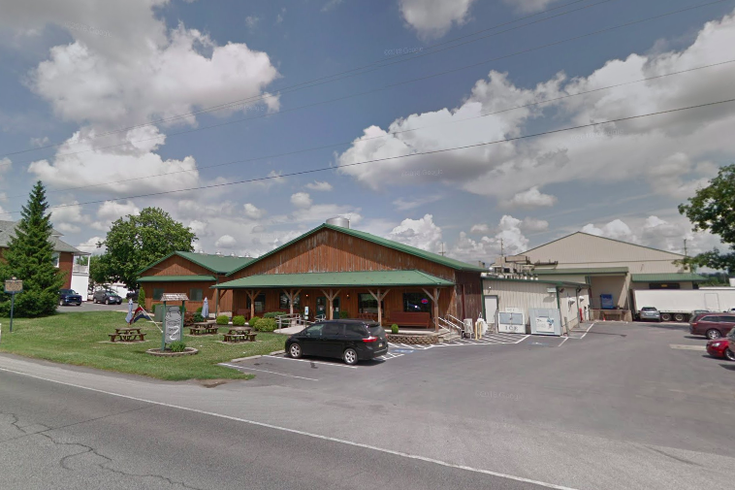 Philip Riehl, a Berks County accountant and former owner of the Trickling Springs Creamery, was sentenced to 10 years in federal prison and nearly $60 million in restitution for leading one of the largest Ponzi schemes in Pennsylvania history.

The former owner of a Pennsylvania creamery who ran a Ponzi scheme that preyed on members of the Amish and Mennonite communities was sentenced Monday to 10 years in federal prison for his crimes.

Philip Riehl, a Berks County-based accountant, defrauded hundreds of investors of $60 million, according to prosecutors. The Ponzi scheme is considered one of the largest in Pennsylvania's history.

Riehl also was sentenced to three years of supervised release and ordered to repay his victims. To help meet his restitution, Riel was ordered to forfeit two pieces of real estate, $22 million in loans receivable and $1.145 million in payments.

He operated the Chambersburg-based Trickling Springs Creamery from 2001 to 2019, when it abruptly closed following an FBI investigation.

A Mennonite, Riehl bilked fellow members of his religious community by soliciting investments from his accounting clients into a fake investment program. He then used the money to keep his business from going under.

Prosecutors claimed Riehl used his status as a member of Mennonite community to get investments that were never paid off, or issue fake promissory notes. He also used money from old investors to pay off new ones.

Both the Mennonite and Amish churches, which have similar traditionalist Christian beliefs, often provide financial support, including loans, to fellow members.

"The people who invested their money, sometimes their entire life’s savings, with Philip Riehl believed implicitly that they could trust him because he was one of their own," U.S. Attorney William McSwain said. "Riehl preyed upon that trust, swindling them out of tens of millions of dollars in an effort to keep his creamery business from going under. No matter what community they belong to, fraudsters like Riehl must be held accountable under the law for justice to prevail."

The Trickling Springs Creamery and retail store, located at 2330 Molly Pitcher Highway in Chambersburg, Franklin County, may soon be reopening under the leadership of South Mountain Creamery. The Maryland-based business recently acquired the land.