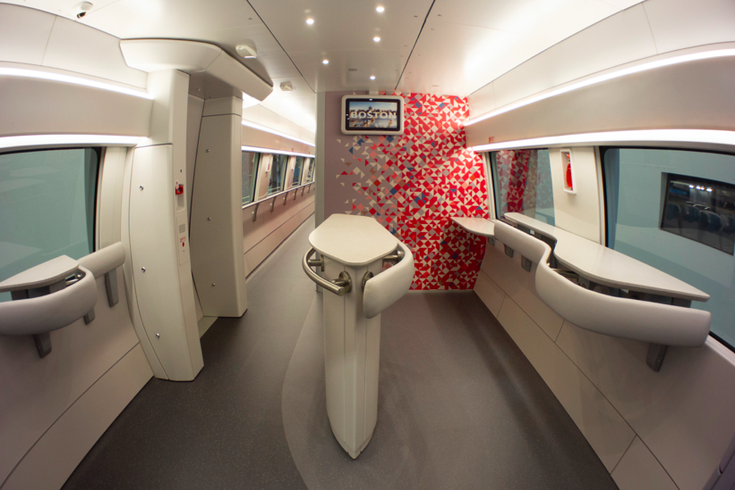 On the new Acela Express trains that travel on the Northeast Corridor, an updated Café Car will offer customers convenient access for grab-and-go and a greater selection. Amtrak is also changing its traditional dining services on short-distance routes that travel up and down the East Coast.

In what will be the end of an era for the nostalgics of America, Amtrak announced it's phasing out its traditional white linen dining cars to opt for something a bit more modern.

Instead of full-service kitchens, tablecloths, and steaks, travelers on short-distance trains will now have prepackaged meals or buffet-style breakfasts if they're sleeping car customers traveling overnight on trains that travel up and down the East Coast.

The change will definitely be saving the company money — according to the Washington Post, about $2 million per year — but it will also cater to the more flexible ways overnight passengers want to dine and travel without needing to make reservations in a dining car, the company said.

Meal service will still be included in the sleeping car accommodation charges.

In August 2019 we previewed Amtrak's new Acela Express trains that will service the Northeast Corridor starting sometime in 2021, which feature a cafe-style dining area with a grab-and-go counter and more food selections.

“It is part of an evolution,” Peter Wilander, Amtrak’s vice president of product development and customer experience, told the Post. “The concept is to provide service the way our customers want rather than have everybody conform to one service delivery. Some people really like [the dining car] and view it as sort of a nostalgic train experience. ... Some people, especially our new millennial customers, don’t like it so much. They want more privacy, they don’t want to feel uncomfortable sitting next to people they don’t know.”