Aramark to lay off thousands at Philly stadiums, Convention Center 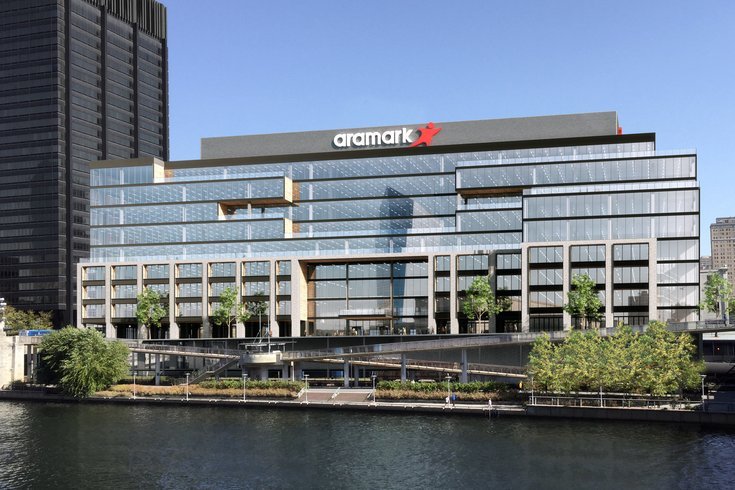 Aramark workers in Philadelphia will be laid off in the coming months as the company absorbs heavy losses during the coronavirus pandemic. The layoffs include staff at Citizens Bank Park, Wells Fargo Center and the Pennsylvania Convention Center.

Aramark will lay off thousands of workers in Pennsylvania, citing declines in business activity during the coronavirus pandemic, according to notices filed with the Department of Labor & Industry.

The Philadelphia-based food services provider filed Worker Adjustment Retraining Notification notices this month, as required by federal law, to give workers 60 days notice of a mass layoff or closure.

Most of the layoffs will affect employees working at the Philadelphia sports complex, including 1,080 workers at Citizens Bank Park and 721 workers at the Wells Fargo Center. Both stadiums are in the midst of MLB, NBA and NHL offseasons — and it's still unclear when those sports will begin their next seasons.

There were no layoffs announced at Lincoln Financial Field, where the Eagles are now permitted to hold limited fan attendance.

The Pennsylvania Convention Center will see 199 Aramark layoffs as its usual schedule of events and tourism remains at a standstill.

In Pittsburgh, PNC Park and PPG Saints Arena will incur 599 and 626 layoffs, respectively.

Elsewhere in Philadelphia, the company laid off 152 workers at La Salle University and 143 workers at Drexel University. With many colleges across the country operating virtually, Aramark also has cut staff at other campuses.

According to the Philadelphia Business Journal, Aramark reported a $328 million loss during its third quarter ending June 26.

The company expects most of the layoffs to be temporary, but it's unclear how soon attendance at large events will return and regular operations can resume.