The store replaces the Fresh Grocer, which had been at 40th and Walnut streets for 19 years 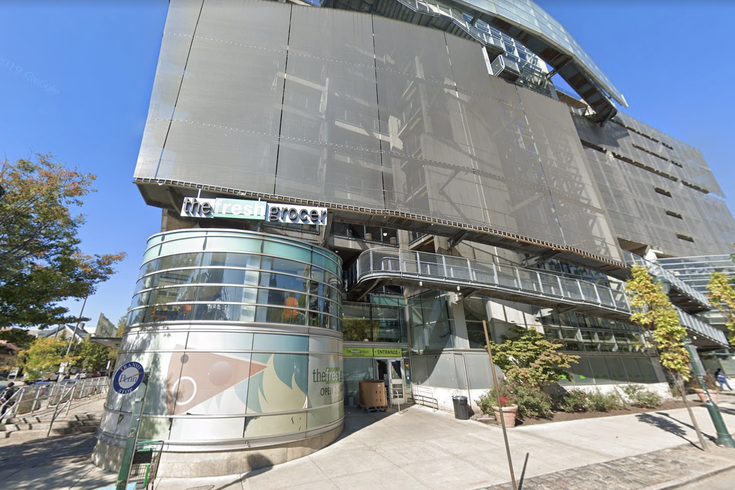 The Acme that is replacing the Fresh Grocer supermarket, at 40th and Walnut in University City, shown above, opens on Friday, Oct. 23. Acme says the store will be a 'first class' urban grocery store with indoor and outdoor seating and other amenities.

The long-anticipated, new Acme supermarket in University City will finally open its doors on the corner of 40th and Walnut streets on Friday.

Staff at the grocery store is on-site getting the space ready, and signs hang in the windows indicating that the supermarket is currently hiring, according to West Philly Local.

The supermarket chain based in Malvern, Chester County, has dubbed the location as a "first class" urban grocery store that will have indoor and outdoor seating, a sushi and noodle bar, a guacamole station, a Starbucks, and a beer and wine shop.

Much like the Fresh Grocer supermarket that occupied the space previsously, it is expected the new store primarily will serve members of the University of Pennsylvania community because of its proximity to campus, as well as residents in the surrounding neighborhood.

The Fresh Grocer supermarket closed in March after 19 years in West Philly. Penn confirmed in April 2017 that the Fresh Grocer would be replaced by Acme, but it wasn't until March that it was announced the Acme would finally arrive in the fall.

In the meantime, the space has been closed for renovations, creating a void for members of the community who did their grocery shopping there. Fresh Grocer's closure was met with some criticism and disappointment, as the shop was one of the largest affordable grocery stores in the neighborhood.

Penn has been providing shuttles for members of the university community to transport to other supermarkets in the area. However, the shuttle was not available to residents of West Philly and University City.

Penn has a number of other retail shops, as well as a cinema and restaurant, surrounding the Rotunda along its campus where Acme will be located.

"We're excited about our new partnership with the University of Pennsylvania and look forward to welcoming our University City, West Philadelphia and Center City neighbors to our new location," Acme Markets President Dan Croce said in 2017. "From the product selection to the design and layout of the new store, our goal will be to provide our customers with a fresh, full, friendly, and clean shopping experience."