Ardmore's Viva Video is the subject of a TV pilot

If all goes well, the "Last Picture Store" is headed to cable sometime soon 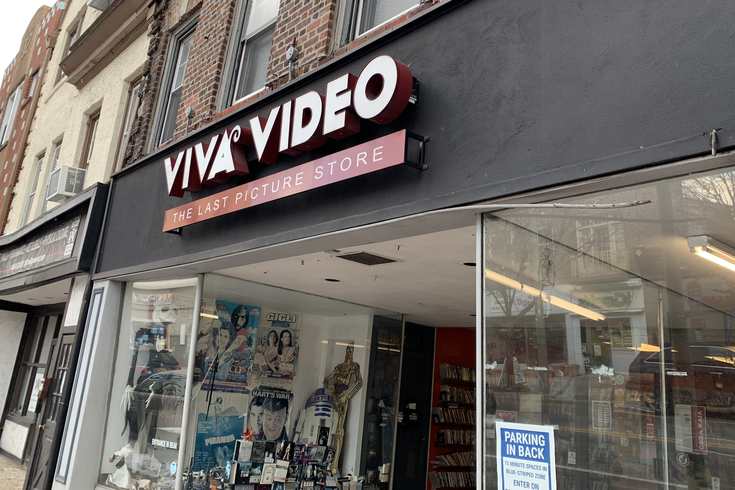 Video stores occupy a unique place in the American cultural imagination. Within about a 25-year period, they arrived, quickly became a major, ubiquitous part of day-to-day life, and then disappeared.

It's unlikely enough that a video store would remain in business in 2019, nearly a decade after that industry's nearly complete collapse. But Ardmore's Viva Video is not only alive, but it's become the base for a passionate community of cinephiles. And now that store is the set of what may be a cable television series.

PhillyVoice visited Viva Video last week and talked to its managers about the store's founding, how it stays in business, and its road toward a possible place on cable TV.

Walking into Viva Video feels a lot stepping off a time machine into 2002. The store on Lancaster Avenue in Ardmore features a wide selection of old VHS and DVD titles, and DVDs of everything from the newest releases to highly obscure rarities.

Known as "The Last Picture Store," Viva Video grew out of TLA Video, the much-loved local video store chain that closed its last store in October of 2012. That same month, longtime TLA employee Miguel Gomez decided to open up his own store. He obtained a bulk of inventory from the closing chain, supplemented by his own personal collection and purchases from other video stores that have gone out of business. He brought along another TLA veteran, Bryan Way, who is now Viva Video's assistant manager, while Dan Santelli is the clerk, as well as the social media specialist. 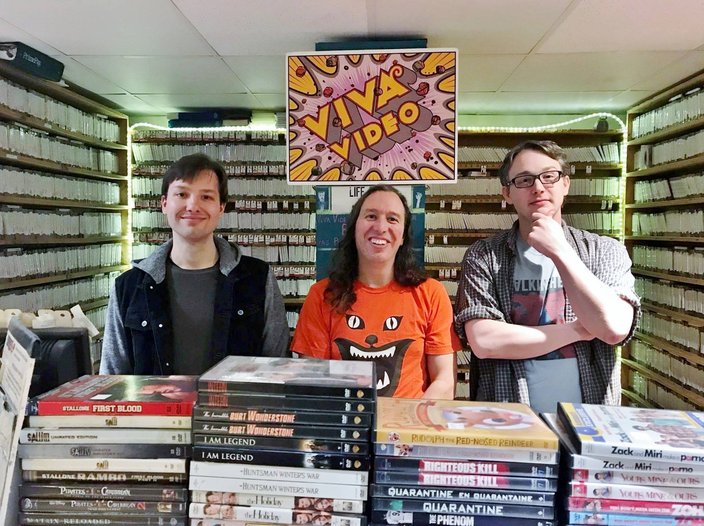 Gomez managed the Bryn Mawr TLA location along with his wife and served as buyer for the entire chain. This gave him knowledge about the industry that he took with him into the management of the new store.

"I knew what the costs of running it were pretty precisely, since I was running the other one," Gomez said. "So I was able to know how I could run it as cheaply as possible, and I already had a built-in audience from TLA."

"I'm not making much money off of it, if anything," Gomez admitted. There are still distributors in business, to which Viva Video goes for new releases, while Gomez sometimes takes to eBay or other venues in order to obtain rare films for the store's collection.

The other important aspect of what Viva Video does is the sense of community. The store has a core group of customers- several of whom stopped in to chat or rent movies during our interview- who often gather at the store for screenings of movies.

Gomez, Way, and Santelli are the main stars of the reality TV pilot, which had been in the works for several years and finally moved forward in late 2018 when a TV network (they're sworn to secrecy about which one) stepped forward and ordered the pilot.

James Doolittle, a local filmmaker and videographer who is a longtime customer of the store, actually came up with the idea of a TV show set in the store, and pursued the project through his company All Ages Productions. Doolittle's company has produced numerous commercials, as well as a recent video for Philly rock star Kurt Vile. 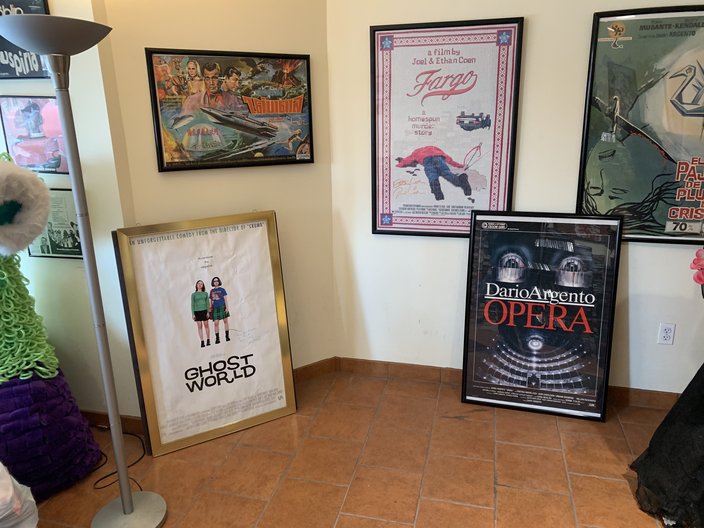 Some of the vintage posters at Viva Video.

"He's been our customer since we opened in 2012, and it was love at first sight for him," Way said of Doolittle. "He saw in us some kind of possibilities for something greater- he didn't know if it was gonna to be a web series, or if it was gonna be a television series, but he had a couple runs at this."

Way said that he appreciated that Doolittle was committed to the place, and wasn't what he calls one of the "visitors," of which Viva Video gets several a week.

"They come in, and they look around the place, and they say, 'oh my god, it's so great that a place like this still exists,' and they give us their notional support, and then they bolt, they don't rent anything, and don't buy anything."

Santelli, the clerk who is also a film critic, noted that a lot of the customers have become their friends, and will often request individual recommendations from himself, Gomez, and Way. Santelli said that he ended up working at the store because he'd been hanging around so much that they eventually offered him a job.

The reality TV project had a few years of fits and starts, including a "VHS sleepover" in which Doolittle brought a crew to film the Viva Video community watching VHS horror movies in their basement. Doolittle had pitched the idea to a friend in the entertainment industry, heard nothing for awhile, but the friend came back last year and asked for a pilot pitch. 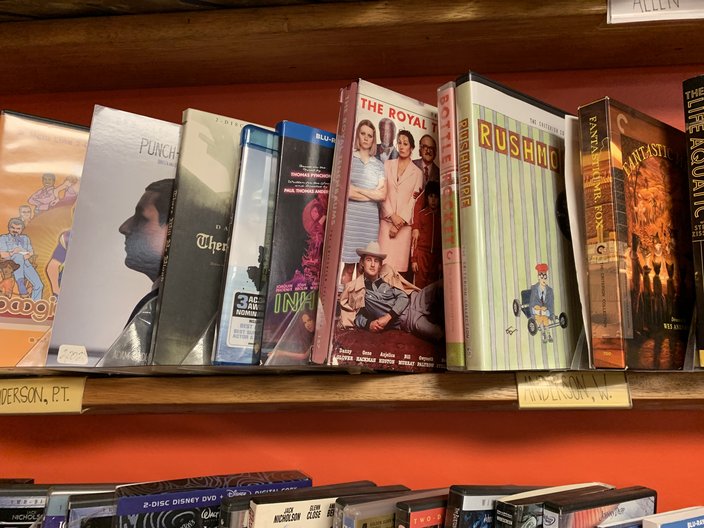 The Anderson sections- Paul Thomas and Wes- at Viva Video.

Following months of "pitching, prepping, developing, butting our heads together, and quite a bit of wishful hope," according to Santelli, the pilot was ordered in October. It filmed in late February and early March; Way told the entire long and winding story of the project's history in an epic LiveJournal post last month.

They actually filmed two 24-minute pilots, both of which feature the employees in the store interacting with customers, while preparing a "giant party" of a communal movie screening. The first was the 1977 Japanese horror film "House," while the second was John Carpenter's 1988 sci-fi horror classic "They Live."

The format of the show has been compared to that of "Comic Book Men," the old AMC reality show about Kevin Smith's comic book store in Red Bank, N.J., but all three principals say they've never seen that show. They're not sure what the show will be called- possibly "Viva Video," or maybe even "The Last Picture Store"- "if Peter Bogdanovich does not lodge a complaint," Way said. (Bogdanovich directed the 1971 film "The Last Picture Show.")

"There's a lot of the three of us talking, and there's a lot of solo, like 'we picked this movie because we like it for X reasons," Way said of the shows themselves. "And then there's interaction with some of our customers, which again, is something that we love about this." 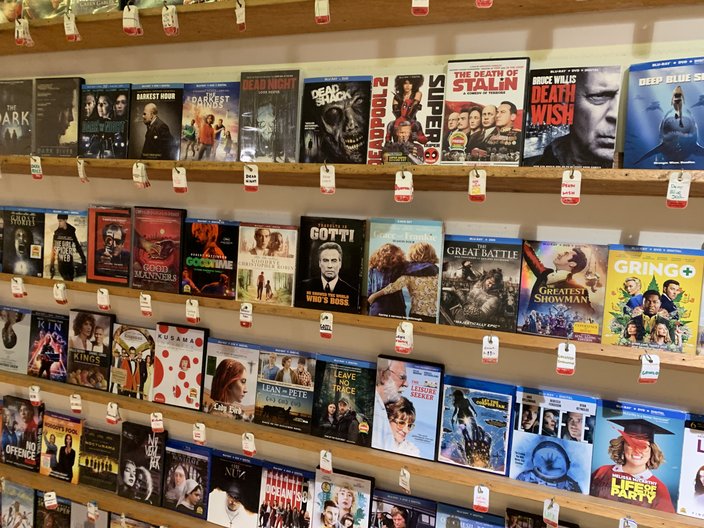 Depicting that community of customers was something that especially interested Doolittle, the producer, Gomez added.

Editing of the more than four hours of footage is now taking place and the Viva Video employees are hoping for an answer from the network soon.

Way thinks of the special events, which will be seen in the show, as "a way of circling the wagons of our cinematic community, which is how we sort of think about our customers.

"Because the people who come in here- they make a concerted effort to come in here and support us. Some of them do still use Netflix, and HBO Go, and other streaming services, but they really care passionately about making a video store continuing to work, and it is by their graces that we continue to survive."