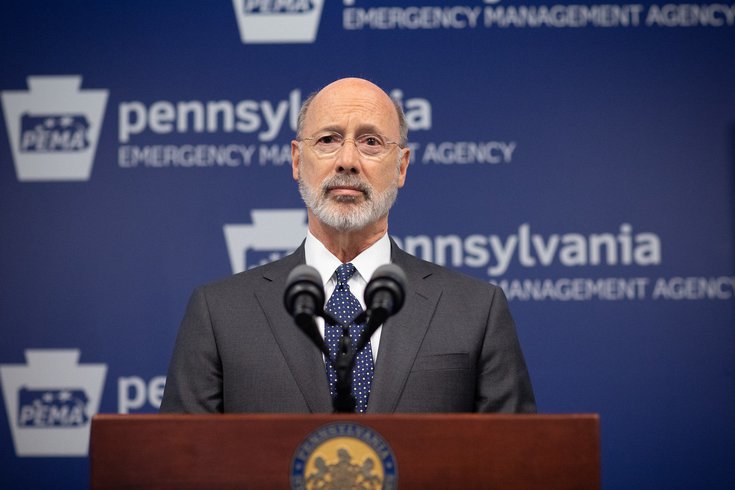 Pennsylvania Gov. Tom Wolf is seeking a disaster declaration for Philadelphia arsons that occured as a result of social unrest in late May and early June during the George Floyd protests.

Pennsylvania Gov. Tom Wolf is requesting financial assistance and compensation for victims of arsons committed during a period of recent civil unrest in Philadelphia.

Fires that were set during the George Floyd protests of late May and early June may have caused millions of dollars in damage to Philadelphia properties.

Wolf requested a disaster declaration Thursday for Philadelphia from the U.S. Small Business Administration in order to get compensation in the form of loans for arson victims. The request has not yet been approved.

Gov. Wolf said in a release that loans would alleviate any extra burden the arsons may have caused on top of COVID-19's disastrous financial impact.

"The pandemic already created significant financial hardship for businesses across the commonwealth," said Wolf in a release. "The additional financial damage from these incidents in Philadelphia only added to the problem, which is why these low-interest loans are so desperately needed."

In the official letter from Gov. Wolf to the SBA, Wolf argued that Philly should receive the disaster declaration needed for loans due to the amount of widespread damage caused to multiple buildings.

"The damage in Philadelphia County meets the SBA criteria of at least 25 homes and/or businesses with uninsured losses of 40 percent or more of their estimated fair market value," wrote Wolf in the official letter.

Destruction in Philadelphia was concentrated on Walnut and Chestnut Streets in Center City, where many of the downtown stores were looted. Businesses in West Philadelphia's 52nd Street corridor were also damaged.

The declaration would provide compensation to homeowners, businesses, and non-profits in the form of low-interest loans from the SBA. Some of the loans offered by the SBA have repayment pans up to 30 years long.

Damage from fires set in the 10-day period from May 30 to June 8 would be covered. Most of the damage-causing arsons occurred within that period of protests.

The Philadelphia Fire Department responded to at least 95 fires between that 10-day period, the Inquirer reported. Approximately 30 of those fires are being investigated as arsons.

Loans ranging from $40,000 to $2 million dollars would be available to owners of damaged property.

Damaged personal property such as vehicles could be provided in loans up to $40,000, homeowners could get up to $200,000 for damaged real estate, and businesses and nonprofits could borrow up to $2 million in through "Physical Disaster Loans."