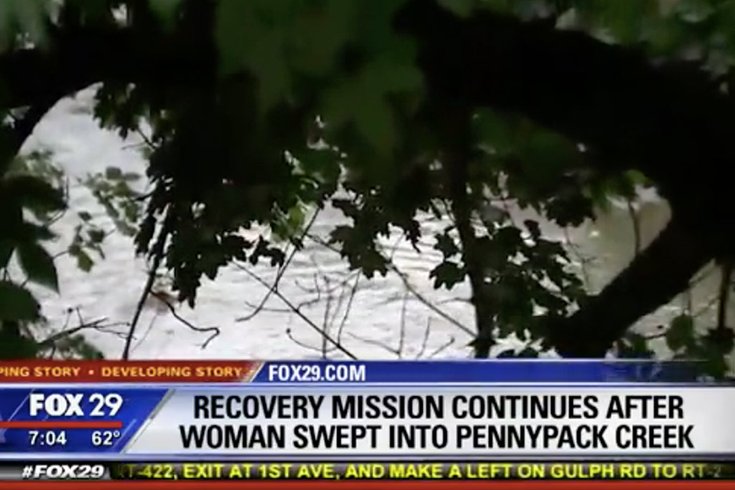 The body of a 30-year-old woman who went missing Saturday evening in Pennypack Creek has been recovered by crews, concluding an hours-long search temporarily stalled by bad weather.

Crews recovered the body around 10:45 a.m. Sunday near the Frankford Avenue Bridge in Holmesburg.

Authorities began searching Saturday evening after the woman was suddenly swept by flash floods into a drain that carries into the creek. The woman’s boyfriend told police they were taking pictures near Sandyford and Ryan avenues when the incident occurred around 6:15 p.m.

A marine unit with @PhillyPolice is searching this drain area of #PennyPack Creek @CBSPhilly pic.twitter.com/LpnG4DchYW

Marine unit officials told 6ABC the water was at least 10 feet deep at the time of the incident. They  searched for the missing woman until about 9 p.m. Saturday, when high and muddy waters halted the search.

The search resumed Sunday morning, with authorities declaring it a recovery operation, instead of a rescue mission.

The woman's boyfriend was taken to the hospital for treatment of minor injuries.

Her identity has not been released.