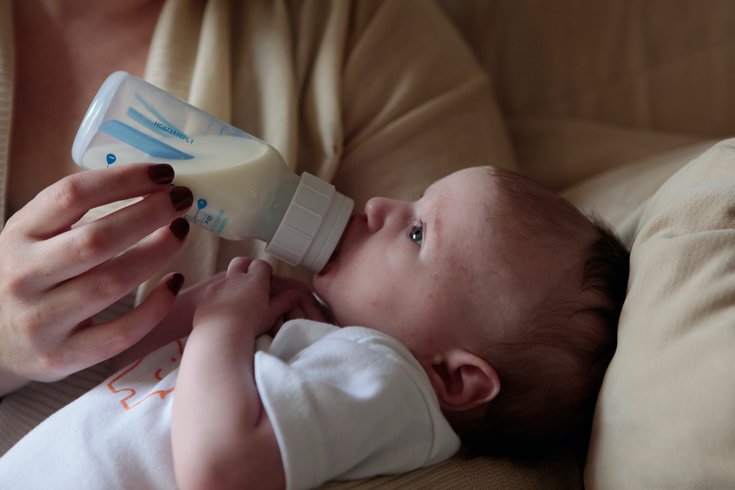 To address the infant formula shortage, the U.S. Food and Drug Administration has loosened importation guidelines. Also, Abbott Nutrition will reopen its shuttered Michigan manufacturing plant under a new agreement with the FDA.

Infant formula supplies may increase in the coming weeks due to new actions taken by the U.S. Food and Drug Administration to address the nationwide shortage.

About 20% of formulas were out of stock at U.S. stores due to pandemic supply issues and the closure of Abbott Nutrition's production plant in Sturgis, Michigan, according to data from Information Resources Inc. That's an improvement from late April, but it's still more than double the normal rate.

On Monday night, the FDA outlined two actions expected to help ease the shortage. Abbott has agreed to a consent decree with the FDA that will require the company to correct the violations found at its Sturgis plant. The FDA also released new guidelines for importing certain formula products, an effort to increase availability.

Abbott could restart baby formula production within two weeks of a court approving its agreement with the FDA, though its products will not reach stores for 6-8 weeks. The company said it would first resume production of its specialty metabolic formulas, EleCare and Alimentum, and then Similac and other formulas.

"Our No. 1 priority is getting infants and families the high-quality formulas they need, and this is a major step toward reopening our Sturgis facility so we can ease the nationwide formula shortage. We look forward to working with the FDA to quickly and safely reopen the facility," Abbott Chairman and CEO Robert B. Ford said.

"We know millions of parents and caregivers depend on us and we're deeply sorry that our voluntary recall worsened the nationwide formula shortage. We will work hard to re-earn the trust that moms, dads and caregivers have placed in our formulas for more than 50 years."

During an inspection that occurred during January, February and March, FDA investigators found Cronobacter sakazakii bacteria in several areas inside the Sturgis plant. When they reviewed the company records, they also found Abbott had detected this bacteria in finished formula batches in 2019 and 2020.

Cronobacter infections are rare but can be deadly in infants. The germs can cause sepsis or swelling of the linings around the brain and spinal cord. About two to four cases are reported to the U.S. Centers for Disease Control each year.

There was no conclusive evidence linking Abbott's formulas to infant illnesses, the company said.

When the genetic sequences of the Cronobacter samples from the inside the plant were compared to the bacteria isolated from sick children or the formula inside their homes, there was no match. There also were not any matches between the samples from the sick babies.

Cronobacter bacteria is commonly found in the environment. No formula distributed to consumers tested positive for Cronobacter or Salmonella either.

Normally, the U.S. produces 98% of the infant formula it consumes, with most imports coming from trading partners in Mexico, Ireland and the Netherlands, according to the FDA. But under new guidelines, the FDA will not object to the importation of certain formula products or the distribution of products manufactured in the U.S. but intended for export.

"The FDA is leaving no stone unturned to further increase the availability of infant formula," FDA Commissioner Dr. Robert M. Califf said. "We are doing everything in our power as part of the all-of-government efforts to ensure there's adequate product available wherever and whenever parents and caregivers need it.

"Today's action paves the way for companies who don't normally distribute their infant formula products in the U.S. to do so efficiently and safely. We are hopeful this call to the global market will be answered and that international businesses will rise to the occasion to assist in bolstering the supply of products that serve as the sole source of nutrition for many infants. With these flexibilities in place, we anticipate that those products that can quickly meet safety and nutrition standards could hit U.S. stores in a matter of weeks."