John Fetterman's stroke shows the importance of a quick response

The U.S. Senate candidate's wife rushed him to the hospital minutes after he displayed symptoms. He expects a full recovery 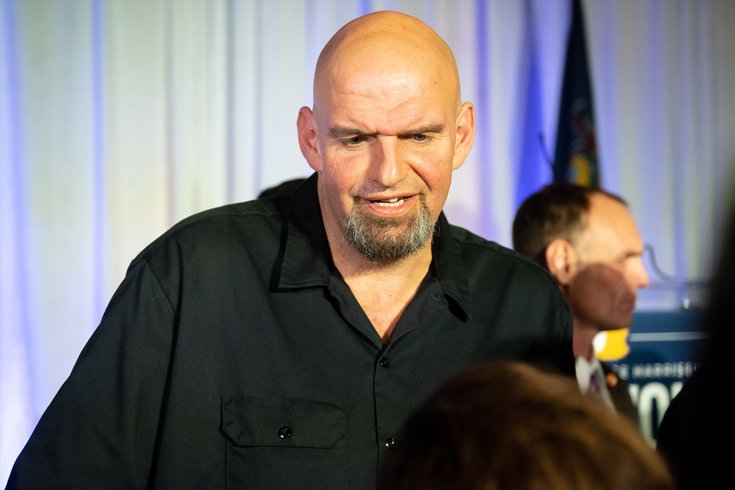 Lt. Gov. John Fetterman, the Democratic frontrunner for U.S. Senate in Pennsylvania, says he is expected to fully recover from a stroke he suffered Friday. He has not said when he will return to the campaign trail.

Lt. Gov. John Fetterman, the Democratic party's front-runner in the race for U.S. Senate in Pennsylvania, revealed that he suffered a stroke Friday and is expected to make a full recovery.

Fetterman said the stroke was caused by a blood clot due to his heart being in an atrial fibrillation for an extended period of time. His wife, Gisele, noticed that he wasn't feeling well while the two were on their way to a campaign stop and took him to Penn Medicine Lancaster General Hospital.

"Fortunately, the amazing doctors here were able to completely clear the clot and entirely reverse the stroke," Gisele said in a video posted to Twitter. "They also got his heart under control. The good news is he's feeling much better, and the doctors say he is well on his way to a full recovery."

The 52-year-old candidate said he is not pausing his bid for U.S. Senate and remained in the hospital for observations Monday. He has not provided a timeline for his return to the campaign trail.

On Friday, I wasn’t feeling well, so I went to the hospital to get checked out.

I didn’t want to go – I didn’t think I had to – but @giselefetterman insisted, and as usual, she was right.

The good news is I’m feeling much better + I’m well on my way to a full recovery. pic.twitter.com/WQ5X6QgQen

Atrial fibrillation is a type of heart arrhythmia that causes poor blood flow due to an irregular, rapid heart rate. The condition is a common cause of strokes, according to the Centers for Disease Control and Prevention. When standard stroke risk factors are noted, Afib is associated with a fivefold increased risk of stroke.

"Atrial fibrillation is an abnormal heart rhythm where the top half of the heart starts to quiver, almost like it's having a seizure. And when it does that, the blood is not squeezed forward in a coordinated way," said Dr. Joshua Cooper, director of cardiac electrophysiology at Temple University Hospital, who has not treated Fetterman. "Blood can sit around in the top half the heart for longer than normal, and in some people that can lead to tiny blood clots. If they break off the wall of the top chamber, they can travel outside of the heart into the brain and block a blood vessel, which can cause a stroke."

The risk of that varies from person to person and can be based on a variety of different factors, including other medical conditions like heart disease or high blood pressure, Cooper said. The duration and frequency of Afib episodes also can be a factor in stroke risk, though it's harder to track.

Most often, patients with a higher risk of stroke, or those who have suffered a stroke, will be prescribed a blood thinning medication in order to prevent future blood clots. While blood thinners, like aspirin, historically have been recommended to treat Afib, Cooper said they may not be the best option for this type of blood clot.

"In general, the shorter the episode and the faster the person gets medical attention to have those symptoms resolve, the better the (recovery) outcome," Cooper said. "If a patient has symptoms that continue to last until they get to the hospital and then they are treated with medication or a procedure to open up the clogged blood vessel and systems restore, further symptoms depend on which territory of the brain was impacted and how long the blood vessel was blocked."

Cooper said that some neurologic symptoms can be restored because of the brain's "remarkable ability" to recover and take over functions that were lost due to the blockage.

A blood clot that goes to the brain will most likely take the quickest path, so one of the most common symptoms is sudden weakness in one arm, one leg or the side of the face.

People experiencing these signs are advised to seek prompt medical attention at an emergency room, because the longer the symptoms last, the greater chance of permanent neurological damage.

Fetterman noted in his statement that his wife noticed immediately and brought him to the hospital "within minutes," making it easier for doctors to quickly remove the clot and reverse the stroke.

Age is a risk factor for both stroke and Afib rhythm. The qualitative tool used by medical professionals typically places people above age 65 as at-risk and those above age 75 as the most at-risk. Still, a variety of risk factors and warning signs can be present and those who experience a sudden feeling of weakness or change in the face should seek medical attention.

Other warning signs, like loss of the ability to speak or form thoughts, are also common during a stroke.

Fetterman had a campaign stop scheduled for Tuesday's primary election in Pittsburgh, but will skip it as he continues to recover from his stroke. His campaign team will host the election night event in his absence.