Two tales of toilet-related woes, and a third about the sounds of love 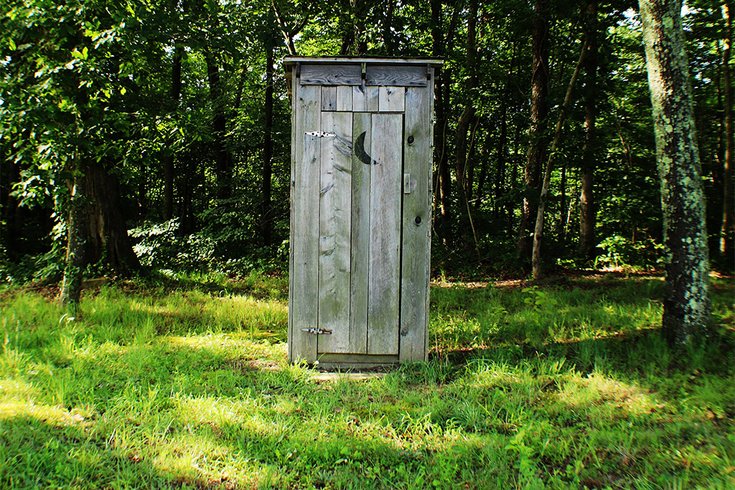 We've covered loud neighbors, and those who think it's OK to run an illegal butcher shop next door. We've aired grievances against smoking neighbors, and millennials who leave fleas in their wake.

As we near the end of our examination of Bad Neighbors in Philly and Beyond, today, it's time to wallow in tales of toilet humor and tragedy.

This trio of submissions from you, our valued readers, centers on a pair of neighbors who didn't not present themselves as being properly potty-trained. And a third that involves a more hygienic situation, albeit one that's aurally disruptive.

This is a delicate way of introducing some pretty nasty stories that we don't recommend reading while you're eating.

We'll start with pee, move on to poo and finish up with sounds heard when one goes potty early in the morning.

THE WORLD IS HIS URINAL

Via Anonymous in Fishtown:

My old neighbor would come home from the bar on Fridays completely hammered. He would start conversations with me on the stoop only to realize, halfway through his drunken ramblings, "Wait, you're not the dude from the first-floor apartment," and would then just walk away mid-conversation.

The door to his backyard was directly below my kitchen window and every Friday, while screaming into his cell phone about some personal business, he would open the back door to his house and just pee out of said door.

Not sure what was wrong with his bathrooms, but every Friday while making dinner, I would just see a stream of urine shooting out of the back of his house, partially onto his deck and steps.

Being that he was always so hammered, he didn't have the best aim and would generally cover my alley, hose and nozzle and recycling with his nasty asparagus-stinking pee.

As far as I know, he still uses his backyard as his personal and favorite toilet. This wasn't the reason we moved, but it definitely factored in to the decision to get out of that particular neighborhood.

What do I suggest to avoid seeing this? Get some black-out shades.

How do I put this delicately? My next-door neighbor had plumbing, and alcohol, problems. Hell, she was a mess.

Anyway, her toilet backed up into her tub, and she would throw out whatever sludge of human nasty out the bathroom window into her yard.

Seeing how Kensington is not an island, and we lived thisclose, the smell filled our house and noses. She did this for months. She would even ask to use our hose to wash away that ick.

It seems that a divorce had ruined her financially and emotionally. It also robbed her of good poop sense as well. We pleaded, argued and tried to be compassionate, but nothing worked. So, we moved, never looking or smelling that way again.

Should this happen to you, call the city agencies a lot and often.

THE SOUNDS OF LOVE

I live in a condo. My next-door neighbor was a good guy. He wasn't a bad neighbor, but this was a bad experience. He has since moved out.

Around 7 a.m. one Saturday, I heard what sounded like someone beating a dog on the sidewalk. I live on the fifth floor. I had two cats who also leaped to attention.

As I walked toward the windows, I realized that it was coming from my neighbor's place. Then, I realized, as the sound altered a bit, that nobody was beating a dog. My neighbor got a new girlfriend and she was LOUD.

I didn't want to be a jerk. I put on my headphones and listened to music for the rest of the morning. I would periodically check to see if the noise persisted. It would seem quiet and then off she'd go.

After about three and a half hours, I heard his door open and he'd bid adieu. I got a giggle. Good for her!

"Hey, John. Do you ever hear me walk past your bedroom in the middle of the night when I have to go to the bathroom?" – UnPerverted

The next morning, it started up again, but around 6:30 a.m. It woke me up. I tried to sleep through it, but no luck. I put on the headphones. This time, it lasted a little over four hours.

This went on for FIVE weekends. I was getting tired of this. I sort of began to feel like I was being taken advantage of. FFS, you live in a condo building. There's a certain expectation that you are quieter than normal with all activities.

After the fifth week, I saw him in the hallway. We exchanged pleasantries and he asked if I wanted to go out for a beer. I said sure. So, we chat. I thought, here's my chance.

I said, "Hey, John. Do you ever hear me walk past your bedroom in the middle of the night when I have to go to the bathroom?"

He said no. Then, as if someone turned a light on, he said, "Have you ever heard my girlfriend?"

Even though I was calculated in my approach to this, the minute he asked that, I went beet red and choked. He just looked at me and said, "Nuff said."

I don't know if he broke up with her or told her to be quiet, but I never heard another sound.