By Brian A. Saunders
PhillyVoice Staff
Business Bookstores
from 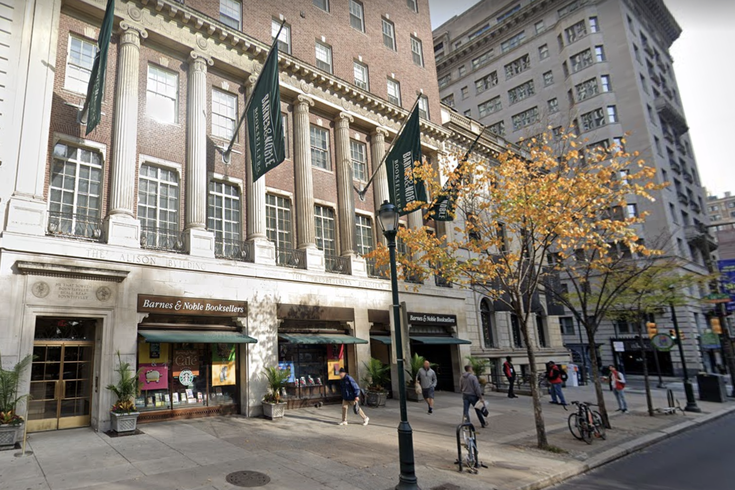 Barnes & Noble will leave its Rittenhouse Square location inside The Alison building above, next spring for a smaller storefront in Center City. The bookstore has been in its current space for 25 years.

The Barnes & Noble store across from Rittenhouse Square is moving to another Center City location after spending 25 years at 1805 Walnut St.

The store will reopen inside a smaller, two-floor storefront at 1708 Chestnut Street after its current lease ends next spring. Its current location inside The Alison building has 24,000 square feet of retail space, including a Starbucks, spread over three floors. The new location will be 19,000 square feet and include new furniture designs and bookcases, the Daily Pennsylvanian reported.

MORE NEWS: Wards Pastry, a fixture in Ocean City for 98 years, to close this month

"Barnes & Noble have enjoyed 25 very happy years bookselling on Rittenhouse Square," CEO James Daunt said in a emailed release. "We are to move into a new store where we will preserve this long tradition of bookselling in Philadelphia. Our emotions, of course, are mixed, we leave a beloved old store, and we enter a new one with all the advantages this will bring."

The move comes after two other bookstores in the neighborhood closed earlier this year.

In January, Joseph Fox Bookshop closed after 70 years of operation, citing the financial difficulties of the COVID-19 pandemic and second-generation owner Michael Fox's desire to retire. Shakespeare & Co. bookstore, a. New York-based store that added a Rittenhouse location in 2018, closed in May, also citing the hardships of the COVID-19 pandemic.

"Philly has lost very recently both Joseph Fox and Shakespeare, and we were determined both to preserve the employment of our booksellers and to stay in the city," said Amy Fitzgerald, VP of Barnes & Noble stores.

The store's new location was formerly occupied by Forever 21, which closed after the company filed for bankruptcy in 2019.