Learn about bats during nighttime nature walk at The Woodlands 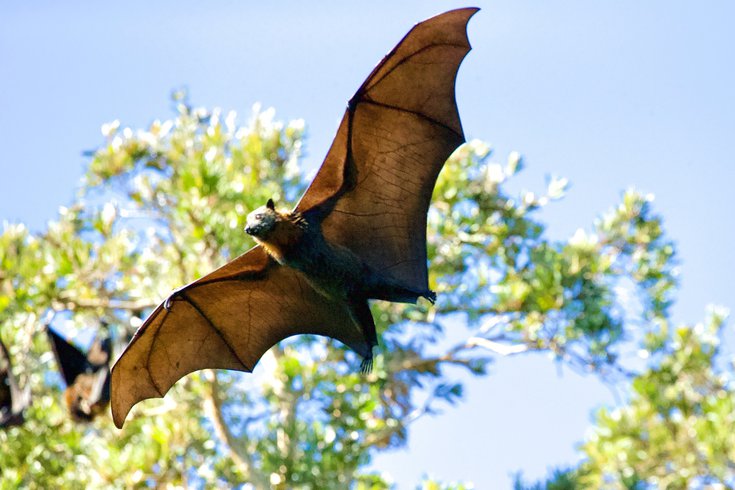 The historic Woodlands cemetery in West Philadelphia is hosting a nature night to teach the public about bat species in Pennsylvania. The event runs from 6:30 to 8:30 p.m. on Thursday, Aug. 11.

Stroll under the last supermoon of the year later this week and learn about urban biodiversity from a group of experts at the Woodlands in West Philadelphia.

Bat Night will be held at the historic 18th century cemetery on Thursday, Aug. 11 from 6:30 to 8:30 p.m. The nature night features an after-dark walk to look for bats, educational talks and frozen treats. The event is free to attend, but prior registration is recommended.

Bernard Brown, an environmental educator and nature writer for Grid Magazine, will lead the bat walk. The walk will start at the Hamilton Mansion just after sundown and go through the cemetery to the highest point in Center Circle.

Copies of Browns new book, "Exploring Philly Nature," will be available to purchase at the Philadelphia Orchard Project.

There are nine species of bats which can regularly be found throughout Pennsylvania, according to the Pennsylvania Gaming Commission. All of the species belong to the same family – vespertilionidae – and are most active in the late afternoon, night, or early morning. They can range anywhere in size from 2.9 to 5.9 inches in length.

Because insects are not readily available to feed on in the fall, winter and early spring, six of the species hibernate, while the other three migrate south. After drastic losses a few years ago due to a fungus that causes the disease white-nose syndrome, bat populations have slowly been on the rise throughout the state.

Popsicles and ice cream sandwiches will be provided in the Popalong Truck from Weckerly's Ice Cream and Lil Pop Shop.

Friends from Audubon will be on site to talk about birds and look for owls, while scientist Heather Kostick will show her research on urban biodiversity that was conducted at the mansion and cemetery.

If inclement weather causes the event to be postponed, check out The Woodlands' social media for updates on rescheduling at least two hours in advance.