Fringe Festival to feature over 200 productions in Philadelphia this September

FringeArts' month-long event runs through Oct. 2 at venues including the Drake and the Philly Film Center 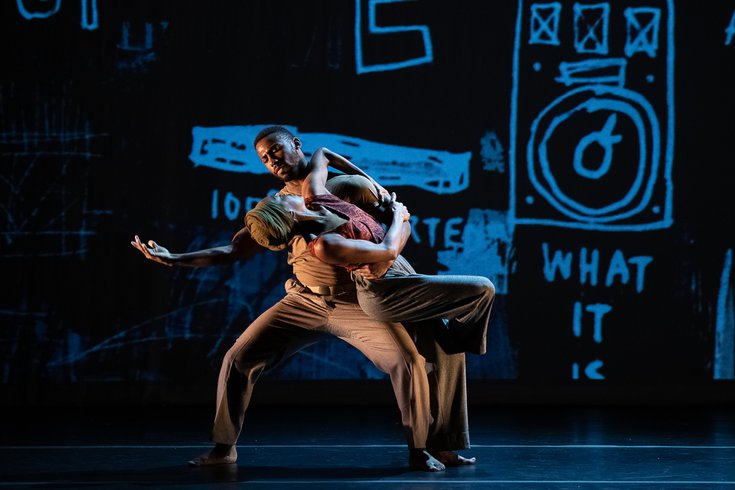 Fringe Festival is set to return to Philadelphia from Sept. 8 through Oct. 2, with more than 200 productions and immersive experiences at venues throughout the city. Tickets go on sale on Monday, Aug. 8. Among the performances is 'An Untitled Love,' which draws inspiration from D'Angelo's musical catalog to present a story about the power of Black love.

Fringe Festival — the performing arts celebration from FringeArts — is set to return this September for its 26th year with more than 200 productions at venues throughout Philadelphia.

This year's event is the largest in the program's history and features an assortment of art installations, circus acts, live theater, dance performances and digital works. The four-week festival is being held from Sept. 8 through Oct. 2 at places including FringeArts and the Philadelphia Film Center.

Tickets go on sale Monday, Aug. 8 and can be purchased online. While most of the featured events are being held in-person, a limited slot of virtual programming is also available.

"For over 25 years, the Philadelphia Fringe Festival has elevated our city as a primary nexus for cultural conversation, progressive ideas, and innovative art-making," said Nick Stuccio, president and producing director of FringeArts. "We are excited to welcome audience members to enjoy this year's dynamic programming and hope that the festival can act as a social space in which conversation can blossom between artists and audiences, artists and artists, and Philadelphia and the world."

The festival has eight featured performances and experiences beginning with "Food" on Sept. 8 at FringeArts, 140 N. Columbus Blvd. The immersive dinner party by Geoff Sobelle has audience members gather around a white linen-covered table where they engage with each other as sounds, scents, and tactile elements shape the conversation.

"The Path of Pins or the Path of Needles" is a dark fairy tale about the uncertainties of pregnancy produced by Josephine Decker and the Pig Iron Theatre Co. The performance was inspired by Harvard professor Maria Tatar's research on the history of fairy tales.

The immersive story is playing at the Rigby Mansion, 523 E. Church Lane, from Sept. 16 through Oct. 2. Audience members get to become "The Pregnant Dreamer" as they seek to evade a curse placed on their unborn child by choosing their own path.

On Sept. 16, La Peg at FringeArts is hosting "Spokaoke" by Annie Dorsen. There, audience members are invited to perform speeches the way they would ordinarily perform songs in a karaoke bar. More than 100 texts are available on the karaoke system. Some are familiar — think "I have a dream" — but others are less so, and all come from a variety of sources.

Fans of R&B artist D'Angelo will love an evening-long dance performance by A.I.M dance company and Kyle Abraham. "An Untitled Love," which runs from Sept. 22-24 at the Philadelphia Film Center, 1412 Chestnut St., takes inspiration from the neo soul artist's catalog to present a story about Black love.

Lightning Rod Special, a Philly-based performance group, is presenting "Speech," a satirical scrutiny of the free-speech debate within our social-media driven world. Each character rushes through different topics within American culture, showcasing ways in which performativity impacts nearly every facet of American life. The show runs from Sept. 28 through Oct. 1 at the Proscenium Theatre at The Drake, 302 S. Hicks St.

French choreographer Jérôme Bel examines himself in a portrait series from Sept. 30 through Oct. 2 at FringeArts. The performance features archival footage, live dance and lectures as Bel presents his own "auto-bio-choreo-graphy."

Bel stopped traveling by plane in 2019 for ecological reasons. In order to keep his performance live and on-site, dancer Megan Bridge serves as his translator in addition to portraying him on stage.

"Late Night Snacks," an after-hours variety performance, features a different set of artists each night — from drag queens to opera singers, circus performers and cabaret stars. From Sept. 9 through Oct. 2 at The Switch, 421 N. 7th St., check out a "potluck" of performances from The Bearded Ladies Cabaret, celebrating community and history.