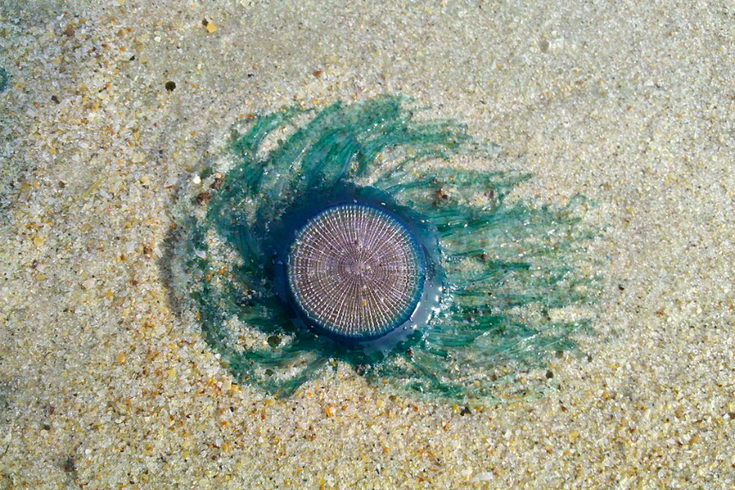 The aftereffects of Hurricane Florence delivered a rare sight to Beach Haven last week when a woman photographed several blue jellyfish she had never seen before in New Jersey.

Marine biologist Paul Bologna of Montclair State University told NJ Advance Media the jellyfish were generally found in Florida and the tropics. They appear to have been swept north by Hurricane Florence.

Known as Porpita porpita, blue button jellyfish are actually a colony of Hydrozoan polyps known as a Chondrophore. They are similar to the Portuguese Man O' War but don't pack as painful of a sting.

Also found in the Pacific and Indian oceans, blue buttons comprise a variety of individual zooids that serve various functions — some predatory, some reproductive and some foraging.

Bologna said this is the first instance he's seen blue buttons as far north as New Jersey, though Portuguese Man O' Wars have swept up to the Jersey coasts after other storms in recent history.

As far as jellyfish in New Jersey are concerned, these are certainly more welcome than the venomous clinging jellyfish that have established a foothold in the past few years.