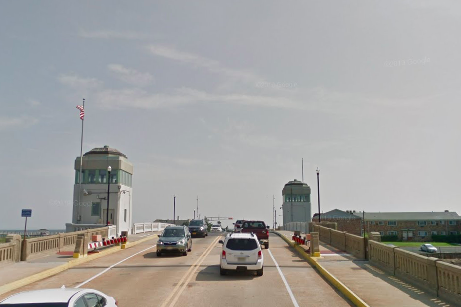 Emergency repairs will keep the Ocean Avenue Shark River Bridge closed until at least mid-May 2020, according to the Monmouth County Department of Public Works.

The Department of Public Works said a routine inspection of the bridge, which carries Ocean Avenue over the Shark River inlet, showed deterioration of the gears that support it as it opens and closes.

As a result of the discovery, one of the bridge's spans will need to remain open during a repair that is expected to last until mid-May.

"We understand the inconvenience a closure of this duration represents to those who travel in and around the impacted communities, but the safety of our residents and visitors remains our top priority," Monmouth County Freeholder Tom Arnone said.

While officials anticipate the bridge reopening in time for the summer season, lengthy repairs to the Townsends Inlet Bridge between Sea Isle and Avalon created frustration for shore residents and visitors in recent years. That bridge closed in late 2018 and didn't reopen until late last July, despite initial projections that it would be open in time for Memorial Day.

Vehicles and pedestrians will not be able to use the Ocean Avenue Shark River Bridge during the repair. Limited marine traffic will be permitted. Constructed in 1936, the bridge was last rehabilitated in 1988.