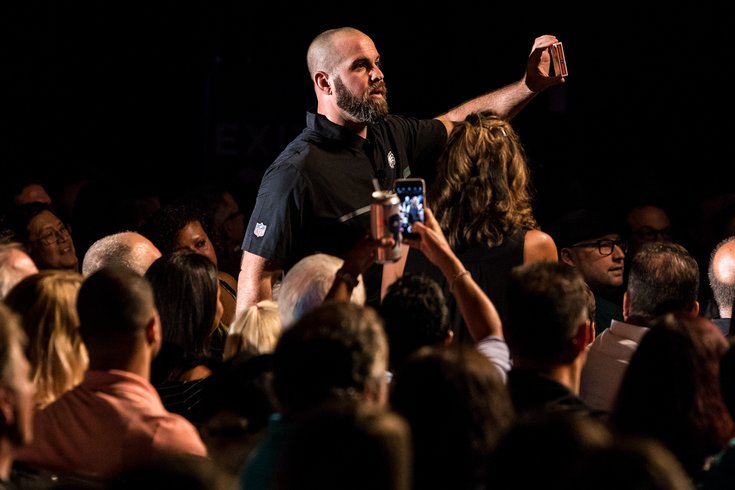 Jon Dorenbos is still one of the most popular Eagles in town.

Eagles’ fans can never seem to get enough of beloved former Birds’ long-snapper Jon Dorenbos. Well, Eagles’ fans will get another chance this weekend to see the “Magic Man” and America’s Got Talent finalist perform live on Friday and Saturday night at the SugarHouse Casino at 8 p.m.

Dorenbos, who recently made his third appearance on HBO’s Real Sports last week and is the future subject of a book and movie, gets a chance to show off his sleight-of-hand tricks before the crowd he bonded with for 11 years as an Eagle.

“The fans, 100 percent. I love Philly, and I love SugarHouse,” replied Dorenbos when asked why he likes performing in Philadelphia. “It’s great to be in front of the home crowd. When I was done playing, the thing I missed was the energy, passion and love. It’s what the city represents, so for me to come out here and get in front of these fans who want to see me, it’s extremely flattering and humbling. All I want to do is hang out with the fans, and I want my show to feel like we’re all hanging out, having a beer and just having a good time.

“It’s a night filled with fun, magic, stories and a lot of laughs. Eagles head coach Doug Pederson was in the crowd last time, as were some of my former teammates, so you never know who you’re going to see at SugarHouse. It’s a deeply personal and engaging show where I tell stories on how football and magic have shaped my life.”

Tickets for Friday and Saturday are limited. For those interested, they can refer to JonDorenbos.com.