After years of slight declines, C-sections are increasing again – and the CDC expects the trend to continue

The procedure is used to deliver about one-third of babies born in the U.S. 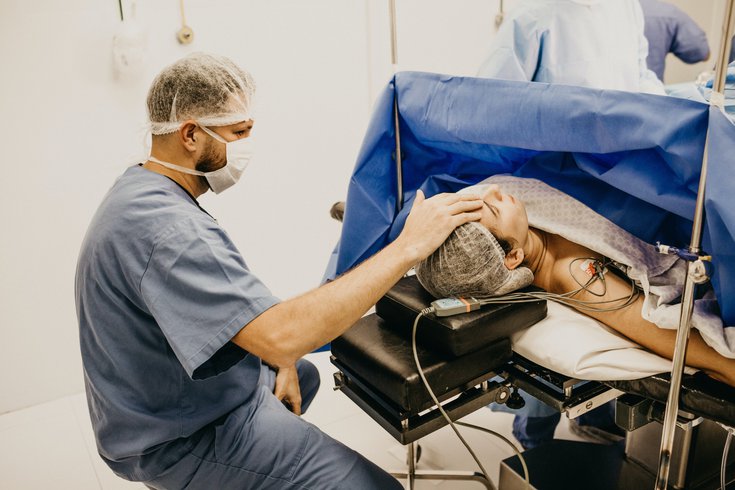 A Cesarean delivery, like any major surgery, has potential risks including blood loss, organ damage, infection and blood clots. Many people choose to have them, but they also are used in emergency cases. C-sections made up about 32% of U.S. births in 2021, the CDC found.

Caesarean section births have been ticking upward in recent years after a decade of gradual declines. But the number of repeat C-sections – people who have them for subsequent deliveries – is falling.

During a Caesarean birth, the baby is delivered through incisions in the mother's abdomen and uterus. In many cases, the procedure is planned, but other times it becomes necessary due to an emergency situation in which the mother or baby's life is in danger.

Women who have a C-section for the delivery of their first child generally have the choice to have a vaginal birth or C-section for any subsequent children, but more than 4 in 5 choose to stick to a C-section when they get pregnant again, according to the report.

Because of this, the CDC predicts "the overall Cesarean delivery rate is likely to continue to increase" despite the slight decline seen in repeat C-sections.

The CDC report didn't distinguish between C-sections that were performed for medical reasons and those that were elective surgeries. When complications arise that make a vaginal birth risky, a C-section may have to be performed.

Medical reasons for a C-section include complications – like problems with the placenta that could cause dangerous bleeding during a vaginal birth – and concerns with the mother's health, such as high blood pressure, diabetes and the risk of spreading an infection. A C-section is considered safer for multiple births, the birth of a large child and when the baby isn't in a head-down position for birth.

Some women choose to schedule the surgery for personal reasons. An elective Cesarean delivery gives women more control of when the birth will happen, so there is less anxiety about waiting for labor to start. Women are less likely to experience incontinence and sexual dysfunction after the birth of her child. And babies have a lower risk of experiencing trauma while passing through the birth canal.

The more C-sections a person has, the greater risk for complications during the pregnancy or delivery. And like any major surgery, a Cesarean delivery has its potential risks including blood loss, organ damage, infection and blood clots.

The CDC report was compiled by the agency's National Center for Health Statistics. The findings are based on birth certificate data registered through 2021.