Naps can prove beneficial, but too many may be bad for your heart 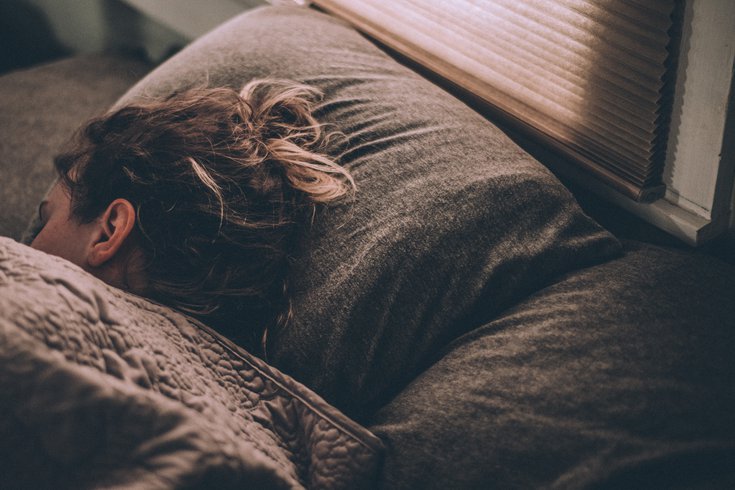 We have all been there. You hit the midday slump and all of sudden you are longing for the comfort of your bed. Should you take a quick catnap or power through the rest of the day?

Sleep experts say the answer depends on the cause of your sleepiness and the length and frequency of your naps. Some napping habits have been linked to adverse health effects.

The increased risk was even higher among people under age 60. Those who napped daily were 20% more likely do develop high blood pressure.

That link remained true even after researchers excluded people at high risk for hypertension, including people with type 2 diabetes, existing high blood pressure, high cholesterol, sleep disorders and those who do night-shift work.

"This may be because, although taking a nap itself is not harmful, many people who take naps may do so because of poor sleep at night. Poor sleep at night is associated with poorer health, and naps are not enough to make up for that," psychologist Michael Grandner, who directs the Behavioral Sleep Medicine Clinic at Banner-University Medical Center in Tucson, Arizona, told to CNN. He was not involved in the study.

The American Heart Association recently added sleep duration to its list of essential metrics for optimal heart and brain health.

Researchers noted that most of the study participants who reported napping regularly also smoked cigarettes, drank daily, snored and had insomnia. They also were more likely to describe themselves as an evening person.

The study, published in the AHA's journal Circulation, involved data from 360,000 people. One of the limitations of the study was that it did not collect information on nap duration.

Sleep specialists say a 15-to 20-minute nap between noon and 2 p.m. can provide a necessary boost to people who did not get enough sleep the previous night. However, it is not recommended for people with chronic insomnia because a daytime nap could make it harder to fall asleep at night. Sleep specialists also advise against napping for longer durations.

Overall research on the health effects of napping remains conflicting. Napping appears to be associated with both positive and negative health effects depending on the nuances of a person's napping habits.

Sleep specialists say more research is needed to better understand how regular naps affect health. The biggest question that needs to be asked, they say, is what is driving the need for naps?

If people are napping because they are so tired that they can't keep their eyes open, they might have a sleep disorder or another medical condition that is affecting how much sleep they get at night – or the quality of their sleep.

Pros vs. cons of napping

A short nap can help people relax, reduce fatigue, improve mood, increase alertness and boost performance, the Mayo Clinic says. For some people, a quick snooze refreshes them enough so they stay sharp and focused the rest of the day.

For other people, napping leaves them feeling groggy and disoriented after they wake up. They may actually feel worse after a nap — even a short one.

Daily naps are not advised for people who suffer from insomnia or poor sleep quality at night. Regular daytime sleeping could make these problems worse, Harvard Health says. It can set up a vicious cycle where people sleep during the day to make up for not sleeping at night, but then have a harder time falling asleep at night because of the napping.

Napping for longer durations has been linked to a higher risk of diabetes, heart disease and depression. It also could indicate a sleep disorder.

Sleep experts recommend people get at least seven hours of sleep each night for optimal health.

Poor sleep is a known risk factor for many health issues, including high blood pressure, diabetes, heart attack, heart failure, stroke, obesity and reduced immune system function, the Cleveland Clinic says. It can affect memory and a person's ability to focus and problem solve during the day. It can increase the risk of developing anxiety or depression.

Some studies also have found a link between poor sleep and Alzheimer's disease and dementia.

People who are worried that they are not getting enough sleep at night, or that they don't feel rested in the morning, are advised to talk to a health care provider to determine the root causes of their sleep problems.