The full lineup of movies has been announced; check out which films are a must-watch this year 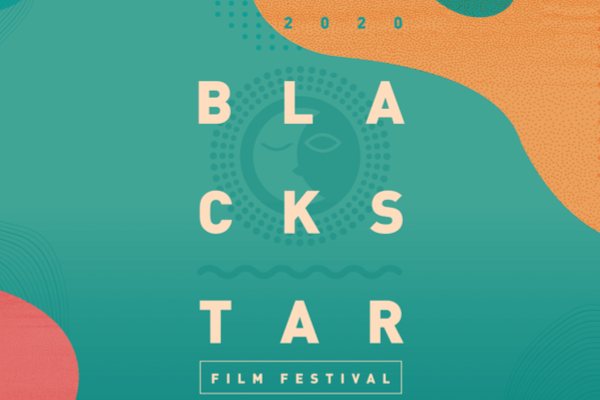 The ninth edition of the BlackStar Film Festival will take place in August. This year’s lineup includes more than 80 films.

Due to COVID-19, the ninth edition of Philadelphia's BlackStar Film Festival will take place entirely online. The virtual event will run Thursday, Aug. 20, through Wednesday, Aug. 26.

The annual film festival celebrates the voices of Black, Brown and Indigenous people from around the world. This year’s lineup includes more than 80 films, including 24 world premieres, and represents more than 20 countries.

Tickets for the film fest are available online. Day passes start at $5. The full festival pass costs $100 and includes a donation to BlackStar. Films can be streamed through the digital distribution channel CineSend and through apps available for Apple TV and Roku.

Below are some of the must-watch films, with descriptions provided by organizers. For the full lineup, visit BlackStar's website.

• "Unapologetic," a feature documentary by Ashley O'Shay that takes a deep look into the Movement for Black Lives in Chicago, providing an intimate peek into the personal and political battles that transform the city.

• Tayler Montague’s debut short "In Sudden Darkness," about a working-class family trying to stay afloat in the midst of a citywide blackout.

• The short documentary "You Hide Me," made in 1970 but banned widely upon completion. Ghanian filmmaker Nii Kwate Owoo examines the colonization of African art in the British Museum, London, gaining unprecedented access into the museum’s secret underground vaults.

• Shantrelle Patrice Lewis’ debut feature "Daughters Of," which examines the immediate and critical importance of self-care and healing for Black women.

• Raishad Hardnett, Lauren M. Schneiderman and Cassie Owens’ "Legendary: 30 Years of Philly Ballroom," an inside look into the effort to preserve Philadelphia's ballroom scene, a Black and Latinx LGBTQ+ safe space that has endured for 30 years.

• Martina Lee’s "Black Boy Joy," a short about two generations of Black men, living within the same household, juggling the demands of raising a young son with autism while adapting to their new normal after the death of a loved one.

• "Coded Bias," a feature documentary from director Shalini Kantayya that follows MIT Media Lab researcher Joy Buolamwini and the fallout from her startling discovery that facial recognition does not see dark-skinned faces accurately.

• Ekwa Msangi’s "Farewell Amor," a feature narrative about an Angolan immigrant whose wife and teen daughter are finally able to join him in the U.S., after 17 years apart.

• "Nationtime - Gary," a feature documentary by William Greaves about the National Black Political Convention of 1972 in Gary, Indiana.

• "A Day With Jerusa" from Brazilian filmmaker Viviane Ferreira, following a young medium and her 77-year-old neighbor as they travel through time and realities common to their ancestry.

• Amy Aniobi’s "Honeymoon," telling the story of a newlywed couple on their first night together – made all the more awkward, romantic and honest because they only just met.

• Loira Limbal’s feature documentary "Through The Night," presenting the stories of two working mothers and a child care provider, whose lives intersect at a 24-hour daycare center.

• Michèle Stephenson’s "Stateless," a feature documentary following the campaign of electoral hopeful Rosa Iris and revealing the depths of racial hatred and institutionalized oppression that divide Haiti and the Dominican Republic.

• "maɬni – towards the ocean, towards the shore," directed by Sky Hopinka. The documentary follows two characters, speaking mostly in Chinuk Wawa, as they contemplate the afterlife, rebirth and the place in-between.

• "I ran from it and was still in it," an experimental film from Darol Olu Kae offering an intimate portrait of familial loss and separation.

• "Down a Dark Stairwell," a documentary from Chinese American filmmaker Ursula Liang. The film looks at the complicated fight for accountability and justice after a Chinese American police officer kills an unarmed, innocent Black man in a dark stairwell of a NYC public housing project.

• Zeshawn Ali’s "Two Gods," about a Muslim casket maker and ritual body washer in Newark who takes two young men under his wing and teaches them how to live better lives.

• "Right Near the Beach," Gibrey Allen’s feature narrative looking at the murder of a prominent Jamaican and the public uproar caused by rumors about the secret life he may have lived.

• "Rocío," a feature documentary from Mexican American filmmaker Dario Guerrero. The film profiles an undocumented mother of three who, after a sudden cancer diagnosis, must choose between seeking treatment in her native Mexico or awaiting certain death in the U.S.