Here are the most common signs of breast cancer 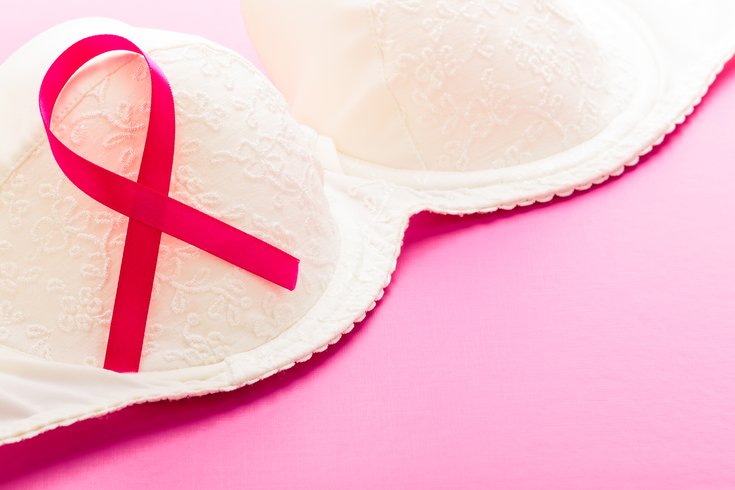 Breast cancer remains the most common cancer among women – by far.

Many of the most prominent buildings in the Philadelphia skyline light up pink each October to recognize Breast Cancer Awareness month.

And for good reason. Breast cancer remains the most common cancer among women – by far.

Breast cancer accounts for 30 percent of all U.S. cancer cases among women, according to the American Cancer Society. That's more than double the second-most common form, lung and bronchus cancers. And it results in the second-highest number of cancer deaths.

But there is some good news. Detecting breast cancer early – before it spreads outside the breast – leads to a 99% five-year survival rate.

That's why health officials urge women to get screened.

“Although breast cancer screening cannot prevent breast cancer, it can help find breast cancer early when it is easier to treat," Pennsylvania Health Secretary Dr. Rachel Levine said Tuesday outside the state capitol. "It is imperative that all residents talk with their health care provider about cancer screening tests to find which one is best, and when they should have them.”

And while the disease primarily affects women, an estimated 2,670 men also will be diagnosed with breast cancer. About 500 will die.

Here are some common signs of breast cancer, courtesy of the American Cancer Society:

• A lump in the breast: Lumps – the most common symptom – often are hard and painless, though some can be painful. Not all lumps are indicative of breast cancer, either. Cysts and other benign conditions also can cause lumps. But health experts advise people to have a doctor immediately inspect any new lump.

• Redness or thickened skin: These symptoms often are caused by mastitis, a breast infection that commonly impacts mothers who are breast feeding. The infection can be treated with antibiotics, but if the symptoms don't improve, health experts recommend returning to the doctor. They also could be indicative of inflammatory breast cancer.

• Nipple changes: Any changes to the nipples – like thickened skin, redness, scaliness, or it turning inward – should prompt a doctor's visit. They could be signs of cancer. Discharges typically are caused by injuries, infections or benign tumors. But cancer also remains a possibility, particularly if the fluid is bloody.

WHEN TO GET SCREENED

While health experts encourage women to recognize the symptoms of breast cancer, they strongly urge them to undergo regular screening.

Screening guidelines differ among medical organizations – particularly among women in their 40s. The U.S. Centers for Disease Control and Prevention includes a breakdown of them here.

The American Cancer Society recommends women aged 45 to 54 get a mammogram every year. At age 55, they recommend mammograms every other year until age 75.

And the U.S. Preventative Task Force recommends biennial screening beginning at age 50. It encourages women in their 40s to consult their doctors regarding the risks and benefits of receiving mammograms.