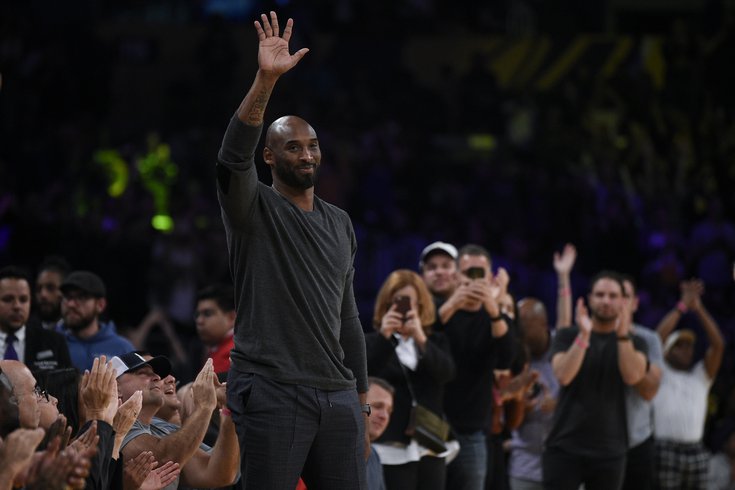 Kobe Bryant, who was killed in a helicopter crash in Southern California in January, would have celebrated his 42nd birthday on Sunday. Several athletes, including Bryce Harper and Jason Kelce, paid tribute.

Numerous professional athletes honored the late Kobe Bryant on Sunday, the day the basketball legend would have turned 42 years old.

Phillies star Bryce Harper and Eagles center Jason Kelce were among those who paid tribute.

During the Phillies’ 5-4 win over the Atlanta Braves, Harper wore baseball cleats featuring Bryant’s Mamba Mentality logo. He also wore a black Los Angeles Lakers’ No. 8 jersey, the number Bryant wore from 1996-2006 before switching to No. 24, beneath his own jersey.

The Eagles have paid tribute by putting up a mural listing Bryant’s "10 rules" at the NovaCare Complex to provide daily motivation and reminders to their players.

Bryant was killed in a January helicopter crash in Southern California that also claimed the life of his 13-year-old daughter, Gianna, and seven others.

After Bryant’s death, the Phillies and Eagles honored the Lower Merion native by lighting up Citizens Bank Park and Lincoln Financial Field in purple.

Tributes honoring the late Bryant are expected to continue on Monday. The date – 8/24 – includes both numbers that the Black Mamba wore during his Hall of Fame NBA career.