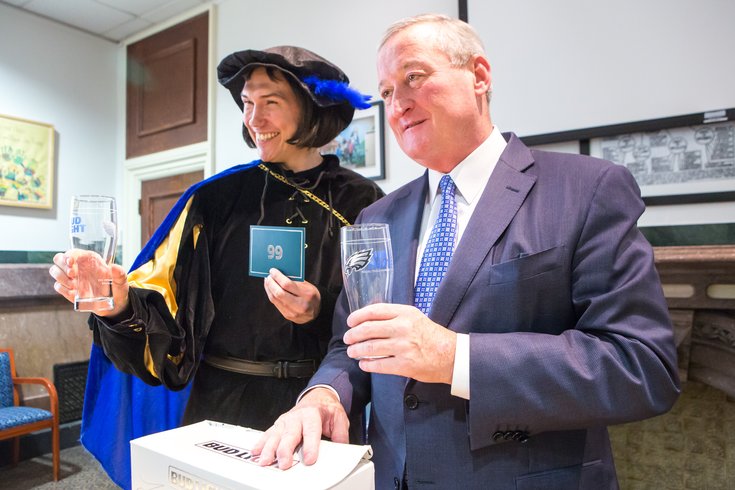 Bud Light’s long-awaited special edition “Philly Philly” commemorative packs are available for purchase to the common man as early as 4 p.m. this day forth.

To celebrate, Bud Light sent its “Town Crier” to City Hall’s second floor, upon where Mayor Jim Kenney awaited him and received a special missive, some of which was:

“Fans of yon Eagles, as a token of my lasting favor toward thine city, I have crafted something special for you,

The Philly Philly commemorative pack – I trust you will find it a worthy, limited edition laurel of your victory and the play that made it possible…” 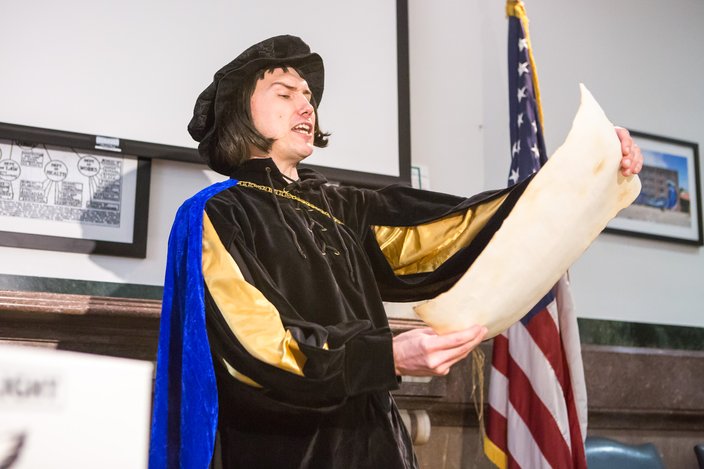 Kenney received the 99th pack as the 99th mayor of Philadelphia. Bud Light created exactly 20,418 commemorative packs in recognition of Feb. 4, 2018 – the day the Eagles won the Super Bowl.


“We’re going to do our best to repeat this,” Kenney said. 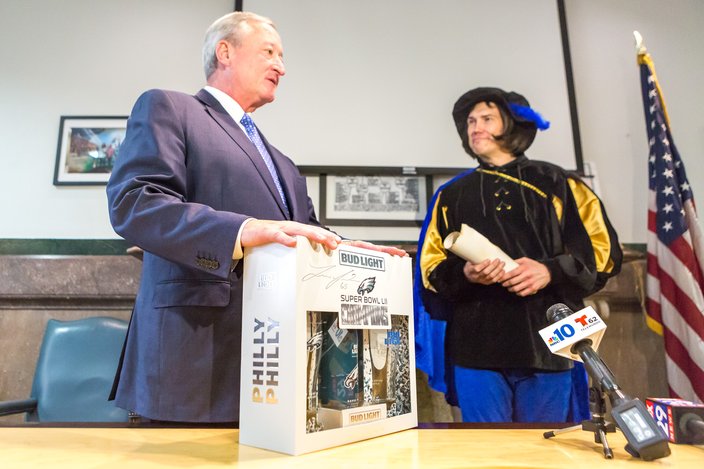 Miles Ritenour, communications manager for Bud Light, said that the first handful of packs were given out to “influencer-types.” These include people like the Eagles' Lane Johnson, who jumpstarted the city’s cool relationship with Bud Light when he made a friendly wager with them during last year’s preseason, offering to buy beer for the entire city if the team won the Super Bowl.

“At the time, I don’t think we expected them to win the Super Bowl, but we showed up pretty big when they actually did, at the parade, and gave out some celebratory Bud Lights here in Philadelphia,” said Ritenour. 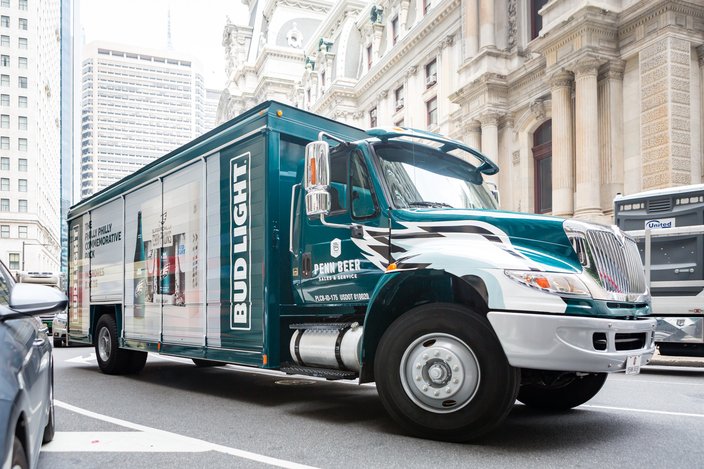 “We’re continuing that now with this ‘Philly Philly’ pack.”

Packs will be available at retailers throughout the city at 4 p.m. today, but Ritenour wouldn’t say where. Each pack is selling for a suggested retail price of $29.99. Eight packs out there have a golden ticket in them. If you’re lucky enough to open a pack that has one, you win two tickets to the NFL kickoff game with the Eagles.

According to Ritenour, this is the first time Bud Light has ever done anything like this before with a football team, and a portion of proceeds from these packs will be donated to the School District of Philadelphia.

He said, “Obviously, Bud Light has a long history with the Eagles…I think this is a great way to give back to a loyal fan base who’s stuck by their team for a long time and was finally rewarded with a championship last season.”