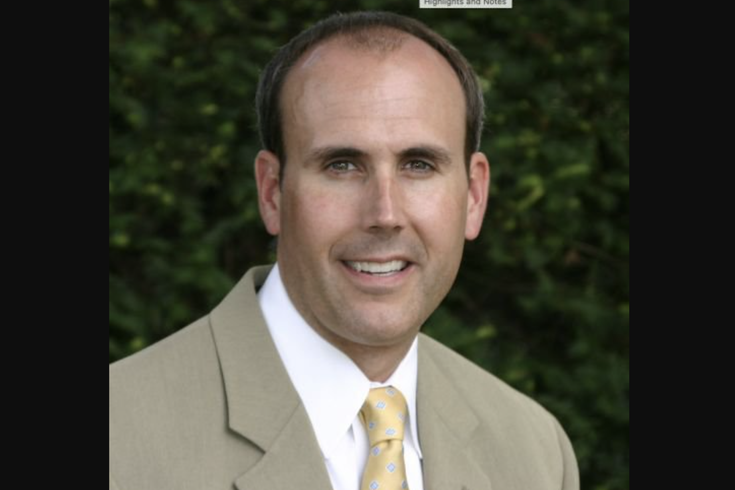 Lower Merion High School Principal Sean Hughes, 51, was killed in a car crash in November in Winslow Township, Camden County. Azuka Ossai has been charged in the incident.

An investigation found Ossai drove a Mercedes SUV through a stop sign and crashed into Hughes' Ford SUV, prosecutors said. He allegedly was speeding at the time of the collision, too.

Ossai was released from custody Thursday pending a court date.

The fatal crash occurred around 7:30 a.m. on Nov. 13 at the intersection of Fleming Pike and Hays Road in Winslow Township, Camden County.

Hughes, 51, was driving his son Nolan to a soccer game in New Jersey. He suffered serious injuries and died at 10:20 a.m. His 13-year-old son sustained non-life-threatening injuries.

Hughes was the principal at Lower Merion High School for 14 years and served as head of the Central Athletic League. The Harleysville, Montgomery County resident was adored by the school community and known for his slogan, "character counts."

"Mr. Hughes was beloved by thousands of students who passed through the halls of Lower Merion over the years," Superintendent Khalid Mumin said after the crash. "He knew most of them by name and always had time to listen to their concerns, cheer them on and support their accomplishments. (Students) greeted him in the halls by calling out his signature nickname, 'Huuuuuuughes.'"

Thousands of Lower Merion community members have signed a petition to have the district's new middle school named after Hughes. However, the school district prohibits that buildings be named after people. The school will open this fall.

Hughes is survived by his wife, Kristi, and the couple's three children, Jack, Nolan and Kate.